A young widow in Aceh, Indonesia will be caned for having an affair with a married man under the province’s sharia law after being gang-raped by her accusers.

Extramarital affairs are strictly forbidden in the province, where sharia law governing behavior was adopted in February for both Muslims and non-Muslims alike. Sharia vigilante groups, although officially illegal, are “common and even condoned by the local clergy and authorities.”

In this case, the vigilantes – composed of eight men, including a 13-year-old boy – broke into the woman’s home and allegedly caught the couple about to engage in sex. The accused man is 40 years old and married.


The vigilantes proceeded to tie up the man, after which he was beaten. The woman was taken to another room and raped by each man. Afterwards they doused the couple in sewage before taking them to the authorities for the crime of “tarnishing the village’s reputation.”

The city’s sharia police, the Wilayatul Hisbah, announced that the couple would be caned for committing adultery.

“We want the couple to be caned because they violated the religious bylaw on sexual relations,”  said Ibrahim Latif, the head of the shariah office in the eastern town of Langsa. Ibrahim said the fact that the woman had been raped would not be taken into consideration when prosecuting her for the crime.

“They have to be [caned] as a form of justice because the rapists will also be processed, but in a criminal court,”  he said. “Besides, they’ve confessed to having sex on several previous occasions, even though the man is married and has five children.”

According to sharia law instituted in the province, the couple could each publicly receive nine cane strokes. Commenting on the case, Nursiti, the head of a women’s empowerment group in ACeh, said, “Instead of protecting the victim of this heinous crime, the authorities want to have her caned. What kind of government is this that won’t protect its citizens?”

A week after the rape, the woman was still being held by authorities.

To date, three of the rapists have been found and arrested, including the 13-year-old. Under sharia, they would have received the same number of cane strokes as the victims, however, the rapists will be tried under Aceh’s criminal law system. Police said they know the identities of the other five rapists and asked their families to turn them in.

Teungku Faisal Ali, the head of Aceh’s chapter of Nahdlatul Ulama, the country’s largest Islamic organization, agrees with that the couple should face the full sharia punishment for the crime, but also wants the rapists to be tried under both sharia and criminal law.  “The punishment for the mob that raped the victim must be much harsher because they have set back efforts to uphold shariah in Aceh.”

In other cases of sharia vigilantism in the province, a 20-year-old university student was raped by three shariah police officers in Langsa in January 2010 for riding on a motorcycle with her boyfriend.

In that case, two of the rapists were caught, tried and each sentenced to eight years in prison. The third perpetrator remains at large to date. The town’s shariah police chief was also fired.

Ismail Hasani, a scholar at Jakarta’s Syarif Hidayatullah State Islamic University, said, “Sure, the law has to be enforced, but a punishment like caning is excessive…. The punishment is imposed based on sexual imagination instead of legal facts. Historically, caning in Islam is implemented strictly based on strong evidence. But in Aceh, it is done arbitrarily. The enforcement of the shariah law is done based on prejudice and even for political reasons.”


The national government, for its part, has remained silent on the issue. All provinces in Indonesia are given a large degree of autonomy, but Aceh, in particular, is one of three provinces that have extra autonomous status according to a 2005 peace accord signed to end a violent 30-year struggle for autonomy by the Islamist Free Aceh Movement.


Part of the peace accord allows the establishment of sharia laws governing behavior in the province, including the prohibition of close contact between men and women who are not related to each other, the prohibition of alcohol and the selling and public consumption of food during Ramadan; the obligation of women to wear a hijab (Islamic head covering) as well as prohibiting them from wearing tight pants and straddling motorcycles, among other restrictions. 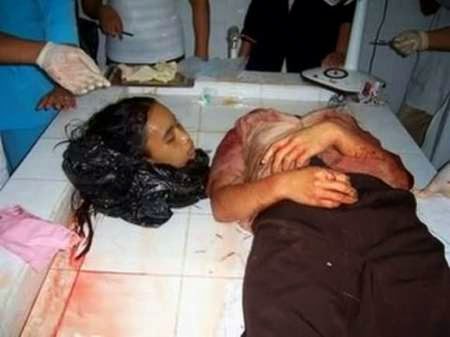 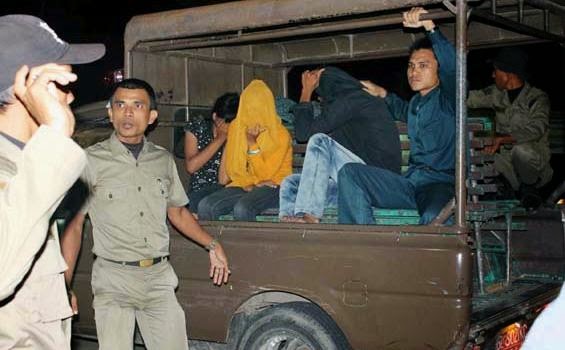