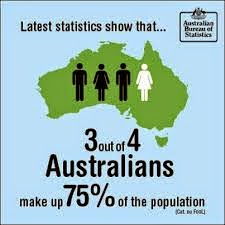 AAP:  Mates -- one man from ABS the Australian Bureau of Statistics and his university mate from NAB the National Australia Bank -- face court over $7m insider trading. Two men have been arrested over an insider trading scheme that netted them $7 million.

Kamay, 26, allegedly used the labour force, retail and trade figures - which had yet to be publicly released - to predict fluctuations in the Australian dollar. The activity generated about $7 million in profits between August last year and this month, AFP acting assistant commissioner Ian McCartney said.

All of the alleged proceeds of crime have been seized by police, who executed eight warrants in Canberra and Melbourne on Friday. Kamay, of Clifton Hill, briefly appeared in Melbourne Magistrates Court on Friday afternoon facing seven charges, including insider trading and bribery.

The Monash University graduate was granted bail with sureties of $200,000 and $300,000 and barred from trading on any Australian financial market. Kamay will face the same court in August.

The bank said in a statement no NAB money or NAB customer money was involved in the case and no bank computer systems had been involved in the trading. Hill, who will appear in ACT Magistrates Court on Saturday, has been suspended from the agency and faces insider trading, corruption and abuse of public office charges.

ABS said in a statement he was a relatively junior officer with "trusted access to a number of economic collections". No other ABS staff were involved and no personal or business information was released. The agency described the action as "an appalling breach of trust".


While he would not say how ASIC came across the case, Mr Savundra said the agency used surveillance, intelligence, complaints, tip-offs and misconduct reports to discover such activity. 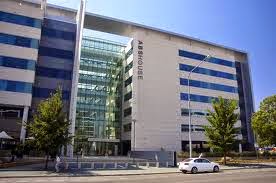 (Blogger's Notes: There has been a nagging rumor circulating in Australian traders community for many years that some smart arse from ABS have been making tons of cash out of Australian Dollar Market as A$ -- one of the most heavily traded currencies -- sometimes suddenly moved in right direction just before the release of market-moving statistics like previous month labor market activities or important retail sales figures.

I used to trade Aussie Dollar in 2008-2009 and lost a bundle. Now I know where my money went. To the ABS insiders, bugger me. This case is the official confirmation of ABS corruption and I wish those two white-collar criminal arseholes should be given life sentences to deter other corrupt ABS public officials and thus maintain the integrity of Australian financial markets.)
Posted by Hla Oo at 9:48 AM