Mohammad The False-Prophet Himself Wrote The Koran?

(Articles direct from the ISRAEL NATIONAL NEWS and SHEIK YAMANI on 16 May 2014.)

Egyptian journalist Riham Said kicked out a guest for saying, among other things, that Mohammad was not Allah's messenger and he wrote the Koran.

In Egypt, it’s not advisable to appear on a television show and express doubts about Islam. If you do that, you are likely to be kicked off the show. That’s what happened to an Egyptian woman calling herself Dr. Noha. She is a Salafist-turned-skeptic who was interviewed by journalist Riham Said on Al-Nahar TV.

The interview, which aired on May 13, was translated by the Middle East Media Research Institute (MEMRI). Dr. Noha is seen in the interview wearing a full face veil and explains that she is doing so to conceal her identity.

She proceeds to say that the prophet Mohammed wrote the Koran, but that there was no such thing as divine revelation and that he was not “Allah’s messenger”. This upsets Riham Said, who says she believes “in every single word and letter of the Koran” and adds that “I am a Muslim and, therefore, I must implement Allah's Sharia.”


Said goes on to say that she believes that a thief's hand should be cut off and an adulteress should be stoned to death, as it says in the Koran and that “if we implement Islam in everything, no [bad] things will happen.”

The argument continues to escalate and Noha calls Said an ignorant. Ultimately, Said orders Noha to get out of the studio, saying, “I wasted my time talking to a crazy woman.”

(Following are excerpts from the interview Egyptian TV host Riham Said held with Salafist-turned-skeptic Dr. Noha, which aired on Al-Nahar TV on 13 May 2014.)

Riham Said: You do not usually wear a hijab, right?
Dr. Noha (wearing a full face veil, with only her eyes exposed): No, I don’t.

Riham Said: So why did you put one on?
Dr. Noha: I did so to conceal my identity. I fear for my life. I don’t want to be killed like Farag Foda. Also, I wouldn’t want to offend my family, who are very religious. I don’t want to hurt their feelings. They get upset when I talk about religion.

(Blogger’s Notes: Farag Foda was a famous Egyptian professor of agriculture. He wrote numerous books and contributed as a columnist to the Egyptian magazine October. Based in Cairo Professor Farag Foda was noted for his critical articles and trenchant satires about Islamic fundamentalism in Egypt. In many newspaper articles, he pointed out weak points in Islamist ideology. Foda felt that he was defending Islam against its distortion by Islamists. On 8 June 1992, Foda, after leaving his office, was shot dead by two Islamic fundamentalists. His son and other bystanders were seriously wounded in the attack. The jihadist group Al-Gama'a al-Islamiyya claimed responsibility.)


Riham Said: Egypt in its entirety is upset now.
Dr. Noha: On the contrary. I do it for Egypt’s sake. […] I am not an atheist.

Riham Said: But you say that the Koran isn’t for real.
Dr. Noha: I say that Muhammad wrote the Koran…

Riham Said: You don’t believe that our Prophet Muhammad is Allah’s messenger?
Dr. Noha: I believe that he was a genius. He was a reformer, a philosopher, a military commander, and a great man. But it was he who wrote the Koran. There is no such thing as divine revelation and there was no Gabriel. This is the most important thing I wanted to say today.

Riham Said: So you say that Muhammad was not Allah’s messenger?
Dr. Noha: I’m telling you that there is no such thing as divine revelation…

Riham Said: How did you come up with that?
Dr. Noha: Because there was no Gabriel. It was Gabriel who supposedly delivered Allah’s word to humans. Since Gabriel himself is a myth, there can be no…

Riham Said: How did you decide he is a myth?
Dr. Noha: I have no proof he ever existed. […] 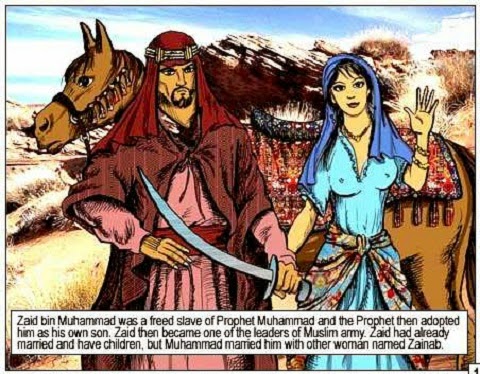 Riham Said: I believe in every single word and letter of the Koran.
Dr. Noha: OK, but how are you different [from the Islamists].

Riham Said: How am I different?
Dr. Noha: The difference between the Islamists and you, Riham, is that the Islamists strive to implement every detail…


Riham Said: I want to implement every detail of Allah’s shari’a, but I am against killing people who do not wish to implement it. I hope Allah’s shari’a will be implemented everywhere, alcohol banned, and the cabarets will be shut down. I am a Muslim and, therefore, I must implement Allah’s shari’a.
Dr. Noha: Do you support chopping off a thief’s hand?

Riham Said: Of course.
Dr. Noha: Honestly, this is inhumane.

Riham Said: A thief’s hand should be cut off, and an adulteress should be stoned to death.
Dr. Noha: This is really inhumane. 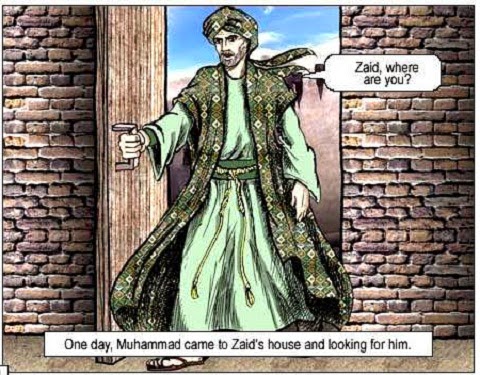 Riham Said: If we implement Islam in everything, no [bad] things will happen.
Dr. Noha: How can you say that?! How do you defend myths?

Riham Said: You have the right to speak your mind, but you have no right to call it a myth.
Dr. Noha: A myth it is!

Riham Said: That’s your opinion. […] You seriously do not believe that God exists?
Dr. Noha: I do believe.

Riham Said: So why don’t you pray to him?
Dr. Noha: Because He doesn’t respond to prayer.

Riham Said: How can you believe in Him without praying to Him?
Dr. Noha: Because he never responds.

Riham Said: How come?
Dr. Noha: That’s the way He is. I prayed a lot and He never answered.

Riham Said: Why should He respond when you talk like that?
Dr. Noha: He didn’t respond back in the day when I was a Salafi woman, wearing a niqab.

Riham Said: Obviously you were impure of heart…
Dr. Noha: No, my heart was impeccable. 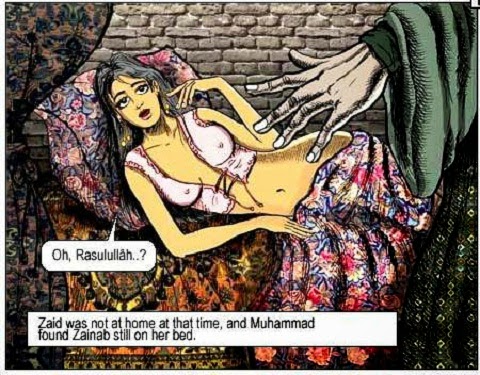 Riham Said: He responds to what I ask him. What do you have to say about that?
Dr. Noha: He does not respond. This is merely…

Riham Said: Can it be coincidence that I get exactly what I ask for.
Dr. Noha: Sometimes you get it and sometimes you don’t.

Riham Said: No, he gives me whatever I ask for.
Dr. Noha: If you asked for a million pounds, I’m sure you won’t get it…

Riham Said: I swear to God I will. […] How can you talk about ignorance when…
Dr. Noha: It is you who are ignorant.

Riham Said: Me? Ignorant? Thank you very much.
Dr. Noha: Yes, you are.

Riham Said: I’m as ignorant as all of Egypt and the Arab world. If saying that the Prophet Muhammad was Allah’s messenger constitutes ignorance, I am proud to be an ignoramus.
Dr. Noha: If you keep insulting me, I will get up and leave.

Riham Said: Get out of here.
Dr. Noha: What?

Riham Said: Get out of here.
Dr. Noha gets up from her seat, collects her belongings and starts to remove her microphone 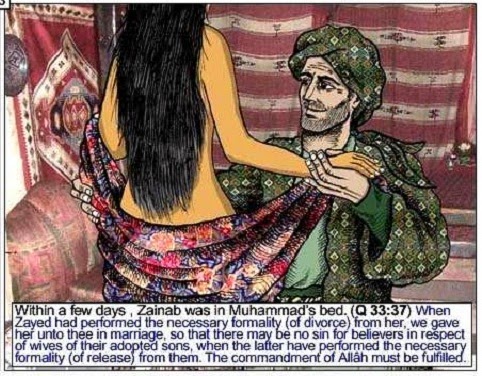 Riham Said: Remove the microphone outside.
Dr. Noha: You cannot talk like that to me. I am Dr. Noha. Behave yourself.

Riham Said: Remove the microphone outside. People, take her out of here. Go ahead.
Dr. Noha: I regret coming to talk with someone like you.

Riham Said: It is I who has wasted my time talking to a crazy woman.

(Blogger’s Notes: Of course every book is written by humans and all the so-called God-written books like Bible and Koran are facts-based fictional stories (Faction Books) written by wise humans like ancient Jews and our self-proclaimed Mohammad the Very First Muslim.)