Islam And Oil: US Cutting Oil Imports From Arabs

(The OP_ED article direct from the AMERICAN ENERGY INDEPENDENCE.)

Islam and Oil -- Militant Islam is spreading throughout the world—financed by Middle East oil wealth:

"The rise of terrorism by militant Islam against the United States and the West coincided with the rise in oil prices of 1979-80 and the subsequent transfer of hundreds of billions of dollars from the West to Muslim countries."  – Max Singer, senior fellow, The Hudson Institute.


In contrast, the historically Christian countries of Europe and America have separated the religious authority of the church from the legal system that governs the people, thereby ending Christian Theocracy in the western world.

The nations comprising the western world are no longer defined by religious beliefs—citizens of western societies are free to individually choose and practice their own beliefs without fear of state censorship. Islamic fundamentalists, supporters of Islamic Republics, view western nations as a threat to their theocratic rule.

The religious customs practiced by extreme Muslim fundamentalists today can be compared to Christianity during the Medieval Inquisition: Religion by force, women regarded as property, dissidents burned at the stake, theocratic leaders ruled. Much like the world that Osama Bin Laden and al-Qaeda call Islam.

Islam is not a military threat; but in its extreme form it does present an ideological threat to the modern world. Islamic terrorists will never conquer the United States or Europe with military force; that is not their goal. Extreme Muslim fundamentalists (violent Jihadists) believe they can use terrorism to disrupt the Global Economy and thereby slow the progress of modernization and freedom of religion.

Islamic Jihad is a battle for the minds of men and women; with the goal of creating a world government known as the Caliphate — a unified political, economic and religious world order — ruled by one man, a Caliph, the successor to Muhammad, Islam's prophet of God. Muslim fundamentalists believe the Caliph will return the world to medieval Islam, using whatever means necessary.

Islamic terrorism feeds off of the world's addiction to oil.  Oil wealth in the hands of dictators and ideological extremists is financing terrorism. Oil money flowing into the Middle East finances the militant Islamic ideology that is flowing out of the Middle East, spreading around the world. The modern world trades its wealth for Middle East oil enriching the sponsors of terrorism. For these reasons, the war against terrorism cannot be won without Breaking Free of Oil Dependence.

The Organization of Petroleum Exporting Countries (OPEC) produces about 40% of the world’s oil today, which translates to OPEC getting 40 cents on every dollar paid for oil anywhere in the world. Current OPEC members are Algeria, Indonesia, Iran, Iraq, Kuwait, Libya, Nigeria, Qatar, Saudi Arabia, UAE, and Venezuela. All are Islamic countries except Venezuela which has partnered with Iran.

In the year 2007, over 700 billion dollars flowed into OPEC from oil hungry countries around the world. How much of that money was given to support terrorist organizations?

From September 2007 through October 2008, the world economy was rocked by the unprecedented transfer of over one trillion dollars from European, Asian and American economies into Middle East national treasuries in exchange for oil. 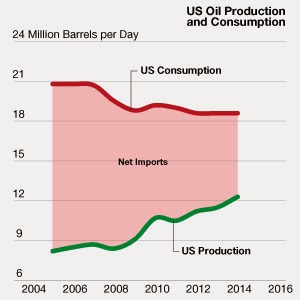 Even with reduced, yet still high oil prices, OPEC countries received $600 billion from oil exports in 2009 and are expected to take in more than $800 billion in 2010.

What many people do not see, is that it doesn’t matter where the oil comes from. If the oil comes from a well in Wyoming, California, Texas, Canada, Mexico, Russia, or the North Sea it doesn’t make any difference because oil is a global commodity. The price of oil traded on the world market is the same for everyone in the world. Demand anywhere increases demand everywhere. So, because 40% of the world's oil comes from OPEC, it is always true that OPEC gets 40 cents on every dollar paid for oil. It averages out to that fact.

If global oil dependence (“The Petroleum Economy”) continues at over 85 million barrels per day, and the price of oil remains around $70 per barrel, the global economy will pay out over 2 trillion dollars per year for oil. With 40¢ of every dollar going to OPEC, Islamic nations will receive over 800 billion dollars per year from the oil they sell.

Islamic terrorism, as a global threat to civilization, cannot sustain itself without the massive oil revenue that finances it. (That does not mean their feelings and beliefs will not sustain, it just means they will have limited influence without the oil wealth.) Islamic militancy is emboldened by the perception of power and dominance that Islam gains from the world’s dependence on oil – oil that the world must get from Arab countries. Eliminate world oil dependence and the Islamic extremists will be deflated psychologically.

Ronald Reagan is credited for defeating Communism without firing a shot; by economically isolating and suffocating the Soviet Union, while at the same time enticing their leaders and people toward freedom. In a similar way, initiating action toward achieving global independence from petroleum (as a source of energy) will lead to the defeat of Islamic terrorism.

Try to imagine what would have happened if Europe and America had been paying the Soviet Union one Trillion U.S. dollars every year, during the cold war.


(Blogger’s Notes: Thanks to massive Shale oil production by the directional drilling and fracking technologies US has increased domestic oil production by massive 44% from 2008 to 2013. It has basically undercut the leverage of oil-producing Middle East countries while OPEC oil production is dropping like a stone last four years. And the surge of Islam will follow and drop like a dead bird too, I hope.) 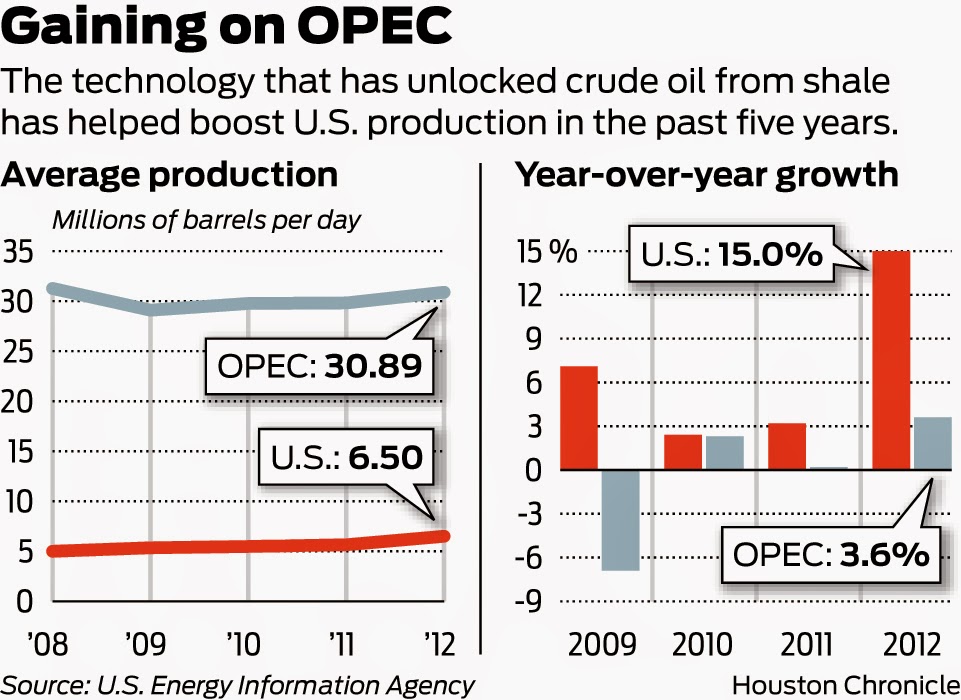