(Translation of news article direct from the MYANMAR EXPRESS on 7 May 2014.)

Hailing the traditional friendship between China and Myanmar, Xu said the two militaries have cooperated on high-level interactions, technology and personnel training in past years.

"Looking ahead, we should continue strategic communication, further practical cooperation, strengthen coordination on multilateral occasions, and work together to safeguard tranquility and stability in border areas to contribute to the development of bilateral relationship," said the Chinese general.


General Khin Aung Myint voiced his gratitude for China's enduring support for the Myanmar armed forces, and said that Myanmar will continue to enhance cooperation with China to advance military-to-military ties.

Is China Finally Fed Up With KIA Turning Into A CIA-Stooge?

The way Chinese leadership especially the PLA generals are now accelerating direct cooperation between PLA and Burma Army is seen by many Burmese watchers as a green light to destroy KIA the so-called Kachin Independence Army on the Burma-China border once and for all.

Chinese are particularly annoyed by KIA Vice-Chief-of-Staff General Gun Maw’s very publicised US trip in this April secretly sponsored by CIA and publicly promoted as US State Department’s initiative.

KIA has so far refused to honour the China-backed Cease-fire Agreement signed last year and asking instead US and UK repeatedly to participate in future peace negotiations and that has irked China so horribly that Chinese are now willing to abandon KIA into the hands of Burma Army the long term nemesis of KIA.

US$ 50 Million And Barrett 50 Cal Sniper Rifles From CIA?

Apart from what KIA’s General Gun Maw has been loudmouthing through KIA-friendly media outlets like RFA and Irrawaddy the West’s stooges none of what secretly agreed in his recent US trip has been released.

But reliable sources from PLA officers close to KIA HQ in Laiza has so far revealed that KIA’s US mission has brought back a large amount of cash in US$ and a cache of US-made  Barrett 50 Cal High-Power sniper rifles and its specialized ammo to kill Burmese army officers on the frontline of Kachin State.

The PLA sources also revealed that General Gun Maw alone has pocketed US$ 5 million out of that generous CIA cash for himself without telling anyone and that is now creating a considerable friction among KIA and KIO leaders as Chinese had told them of Gun Maw’s greedy treachery.

Is Military Cooperation With Burma Army A Green Light?

Apart from speeding up cooperation with Burma Army China has also been pulling back PLA units -- previously stationed right on the border line directly behind the KIA lines as a support for Kachin insurgents and also a deterrent against possible Burmese incursions – to as far as out of the heavy-weapon range.

Increasingly visible flying of Chinese unarmed drones over the long borderline has also alarmed the local populace to such degree that many are leaving their villages on Burma side and slowly taking refuge in China side as if the locals are expecting a massive war on the border.

Chinese are also encouraging UWSA units heavily armed by them to move into the area adjacent to the KIA-controlled areas as if they wanted to apply more pressure on recalcitrant KIA now cooperating fully with US and her CIA.


Whatever are the secret dealings between Burma Army and Chinese military the obvious results of those secret agreements has been the rapid upgrading or rearming of three Light Infantry Divisions of Burma Army and one such upgraded division LID-88 has been already operating deep inside KIA territories by the Chinese border since last few months. 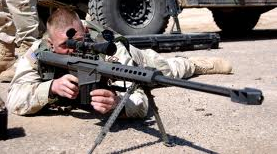