(Translation of offensive pamphlet from SHIN WIRATHU Blog on 29 Apr 2014.) 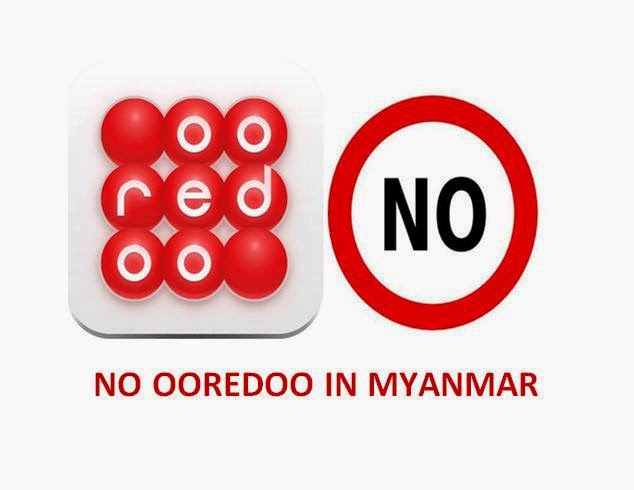 In January this year 2014 Burma announced that two companies, including the Qatar-owned telecom company OOREDOO, had been granted the rights to build mobile networks in Burma. The news was a disappointment for Asia’s giant telecom bidders Singtel and Axiata, which were also in the running to build Myanmar’s Mobile Phone networks.

But if the Muslim-hating people of Myanmar had any doubts about the choice of OOREDOO from the Islamic Emirate of Qatar they probably shouldn’t anymore: the Qatari company has unveiled a very generous franchise program it hopes will bring 30,000 women into Myanmar’s work force by 2016.

The program, which is being undertaken in cooperation with the Cherie Blair Foundation for Women as part of the Clinton Global Initiative, will see OOREDOO develop a franchise model and equip women with the tools, training, and access they need to start selling airtime on OOREDOO’s network to their local communities.


Each woman will get a mobile phone, some promotional and instructional materials, and a little bit of hands-on training in entrepreneurship (at Qatar?) to help them get their businesses off the ground.

On its face this program would appear to be a win-win for everyone. OOREDOO gets more customers, 30,000 Burmese women get jobs and free equipment and training, and Myanmar gets more mobile network access.

But Burmese Buddhists struggling to fight off the rising tide of Bengali-Muslim invasion from population-exploding and slowly-sinking Bangladesh next door do not take that OOREDOO’s 30,000 Burmese-Women-Franchises at the face value.

They see the program as a Trojan horse to Islamize young Burmese-Buddhist women as already the Northern Arakan in Western Burma has been swallowed up by the illegal Bengali-Muslims or so-called Rohingyas with the generous monetary support from widely-hated OIC of which Qatar the sole owner of OOREDOO is a founding member nation.

And Burmese-Buddhists do not like another Qatari organization Al-Jazebra at all for its pro-Muslim biased propaganda against their Buddhist nation Burma. And they are violently responding to OOOREDOO-Myanmar the 100% owned subsidiary of OOREDOO Qatar.

For any of us Buddhist Burmese using OOREDOO mobile phones in our Burma is absolutely betraying our nationalist cause. By using OOREDOO phones you will be betraying your race, religion, and our Buddhist way of life.

OOREDOO Telecommunications Myanmar is a slowly-ticking time-bomb that will eventually explode in our faces for OOREDOO is the Trojan horse from our nemesis OIC the Multinational Muslim Mafia hell bent on islamizing our beautiful Buddhist nation.

Even the famous TELENOR Telecommunications from Norway couldn’t compete with OOREDOO and ended up as the second preferred mobile phone network for our Burma. So why does Burma end up with a Muslim Mobile Phone company never heard of before from tiny Qatar?

OOREDOO is a mobile phone company from Qatar an Islamic country from Middle-East. OOREDOO does not even have a good reputation as a successful telecommunication company yet except in its home-base Qatar.

It was totally unbelievable and shocking when OOREDOO was picked out by our telecommunication officials as the clear winner from amongst the most reputable giant telecommunication companies from Japan, Norway, China, and Singapore.

Our assumption is that all those famous companies do not practice bribery as the laws in their home countries strictly prohibit and the bastard OOREDOO stomped them by offering massive bribes to our corrupt officials from the Ministry of Telecommunications.

2) Who Are Backing OOREDOO?

OOREDOO has since been reputedly spending many more millions of US$ in addition to initial US$ 50 million bribe to the Telecommunications Ministry's senior officials and other big shots from the Myanmar Foreign Investment Commission.

It has since sponsored Myanmar Soccer Federation in the tune of more than US$ 25 million. They have been giving away freebies like T-shirts and Baseball caps blazoned with OOREDOO emblems all over Rangoon and Mandalay.

Just this Thingyan (Water Festival in April 2014) they built a huge stage and enticed so many young Burmese girls – scantily dressed almost naked -- to dance and exposed themselves disgustingly to the western music and basically destroy our cultural integrity and heritage as a Buddhist people.

Of course OOREDOO is heavily investing in our poor Burma the emerging telecommunication market with enormous potentials to get heavy profits back. But OOREDOO’s aim seems to be not just monetary profits. The way these Arab Muslims are spending the petrol-dollars enormously here in Buddhist Burma is indicating a hidden agenda and we would like to know what that agenda is?

The answer is quite strait forward. OIC, the notorious Multinational Muslim Mafia. As we can see from all those happenings in our Arakan OIC has been trying extremely hard to get a toehold in our Buddhist Burma the last frontier of predominantly Buddhist SE Asia.

So OIC is now trying a totally different tactic. Islamization efforts camouflaged as a commercial operation through Qatari-Islamists-controlled OOREDOO which is just a Trojan horse equipped with Islamic time bombs ticking slowly inside.

OOREDOO has already announced it will sell their Mobile-Phone-SIM cards at Kyats 1,500 (about US$ 1.5) a piece. Incredibly cheap price compared to the price of government-issued SIM cards now available in Burma.

But we do have to surrender our private particulars into the hands of OOREDOO’s Muslims. And the detail and intrusive questions OOREDOO is asking for its SIM card purchasers is unprecedented. 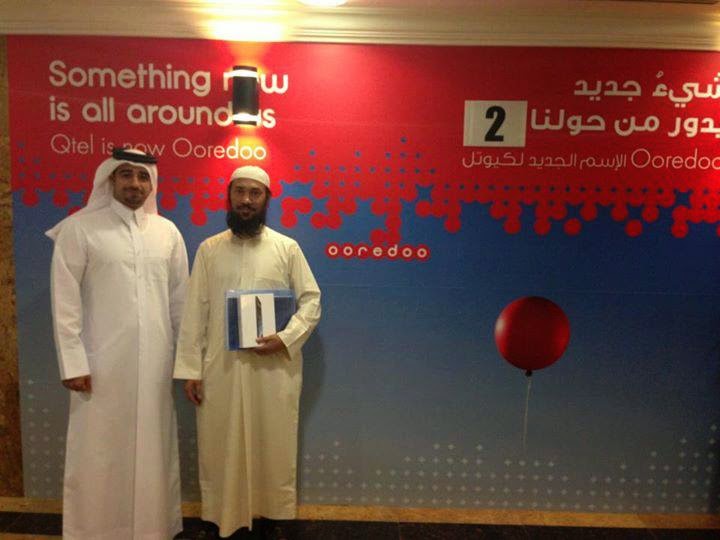 OORDEOO is planning to select 30,000 well-educated, young, and good-looking Burmese-Buddhist women for so-called intensive training in Qatar. Our guestimate is that at a moderate cost of US$ 1,000 per month for one woman the whole project will cost OOREDOO US$ 30 million a month and US$ 360 million a year.

From our statistical probability point of view; out of those 30,000 women about 15,000 will come back home with positive impression of Middle-eastern Muslims, while 7,500 will fall in love with Muslim men there, and 3,500 to 4,000 will marry Muslim men and have half-breed children who will become Muslim as Islam has always demanded.

That will be the destruction of next generation of our nation’s future mothers by cross-breeding and forced proselytization. And those 3,500 to 4,000 Burmese women will become Buddhism-destroying human-timebombs.

A typical nuclear missile can cost at least US$ 5 million and its area of destruction could be only about one-mile cirle. But the OOREDOO-produced human-bombs will cost them only about US$ 166,000 each and they will have an enormous capacity to destroy our Buddhist Burma within 20 years or one generation.


OOREDOO is not your regular telecommunication company or mobile-phone network. In our view OOREDOO is just a part of Muslims’ Breed-and-Swallow proselytizing strategy against our Burma.

(Blogger’s Notes: OOREDOO was originally the Qatar-based-and-owned Middle East Telecom operator group Qtel who relaunched itself under a new brand OOREDOO just few years ago. OOREDOO in Arabic can be translated as ‘I WANT’ or ‘I DESIRE’ in English.


All operating companies in which Qtel owns a majority interest are now adopting the new brand name. This saw the phasing out of local brands such as Qtel in Qatar, Indosat in Indonesia, Wataniya in Kuwait, Nawras in Oman, Tunisiana in Tunisia, and Nedjma in Algeria.) 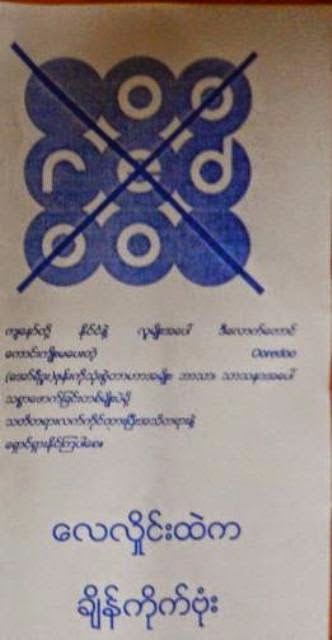 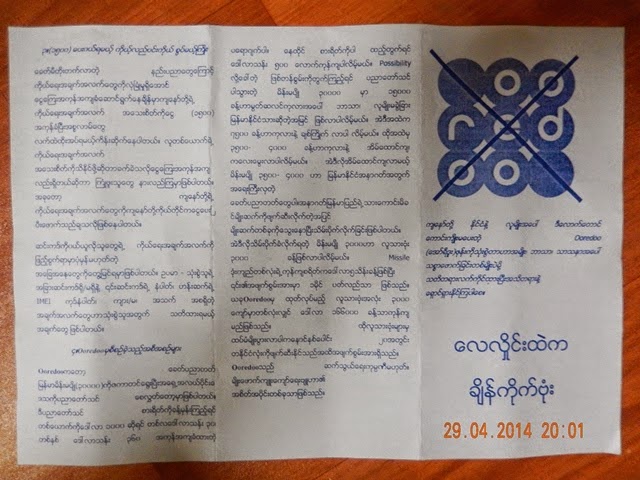 (OOREDOO's Thingyan Dance in Rangoon - April 2014)
(OOREDOO - Our journey so far in Myanmar.)

Related posts at following links:
OIC & Bill Clinton Bullying Burma To Let OIC In
Posted by Hla Oo at 12:02 AM