(Michael Peel’s article from the FINANCIAL TIMES Magazine on 28 March 2014.) 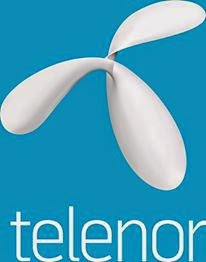 It is one of the world’s least connected nations. But all that is about to change. As 2015 general elections approach, providing a mobile phone network would boost the government’s popularity.

Even the white cattle are fading from view in the gathering dusk of this riverside Myanmar village, the tiny lamps hanging from the traditional wooden stilt houses the only defence against a night without light.

Soon the noises of quiet conversation and religious devotion will be the only sounds filling the sensory gap the darkness leaves in Mwe Pon Kan – making this rural idyll ripe, in the newly opening Myanmar, for a communications revolution.

“This is the market we need to serve,” says Petter Furberg, country chief executive for Norwegian telecoms company Telenor, who is visiting this community in the country’s central belt for the second time. “There is no electricity here, no road – and no coverage.”


He exaggerates slightly – you can get a jumpy signal on the old state MPT mobile system if you hang out by the river bank – but his remarks are true enough. Telenor is racing with its rival Ooredoo of Qatar to be the first to roll out a telecoms network in Myanmar later this year, a defining moment for a country shuttered by decades of insular dictatorship – and still with a mobile penetration rate estimated at only 10 per cent, three years after the junta stepped down.

It’s a story not just of frontier capitalism in one of the world’s least connected nations but of Myanmar’s direction as it approaches landmark elections next year. The initial euphoria over the military’s decision to loosen its grip and hand power to a quasi-civilian administration led by a former general, Thein Sein, has given way to a more realistic assessment of how much change is still needed and how far the country has fallen behind economically.

For the new rulers of the state still known to many as Burma, a mobile-phone network is precious because it’s a rare way to make a demonstrable change to people’s lives before the polls.

“Whether you talk to taxi drivers or schoolteachers, there’s a big demand,” says Chris Bannister, Ooredoo’s Myanmar chief operating officer. “I have met people who have paid between $50 and $300 to get a sim card. That’s unheard of in every competitive market.”

Telenor’s Furberg has agreed to let me shadow him for 36 hours as the company begins its drive to start operations within eight months of the $500m licence award finalised in January – and then push towards a sizeable long-term target operating cash-flow margin of 30 per cent.

The journey begins amid a cluster of late-night tea- and beer-houses on the outskirts of Yangon, the departure point for the overnight bus that has replaced the inter-city river steamer immortalised in Rudyard Kipling’s “Mandalay”. Evocative if uncomfortable visions of piling on slatted wooden seats among market-sellers and chickens are dispelled by the $23 “business class” bus service we’re booked on, where the stewardess offers fresh strawberries and there’s Harry Potter on the seatback TV.

We’re dropped off in the dawn chill of Myanmar’s former royal capital. Over breakfast noodles at a roadside restaurant, Furberg and four other Telenor managers – all in identical fleece jackets bearing the company’s tri-bladed propeller logo – outline the task facing the business as it expands into its sixth Asian country.

Within five years, it (Telenor) must serve 90 per cent of Myanmar’s population – although nobody knows how many people that is, as the government is launching the first census for more than 30 years. 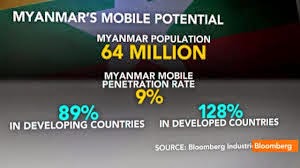 The day’s first stops are with potential distributors who will be Telenor’s crucial link to an initial estimated 25,000 nationwide points of sale for phone credit and sim cards. Furberg – a former Norwegian bureaucrat and 15-year Telenor veteran – wants people with an entrepreneurial spirit and without links to the corrupt business networks that are a constant headache for multinationals and private investors trying to suss out potential partners.

The first meeting is with Myo Min Thu. An engaging 24-year-old who has studied in Singapore, he says he wants to branch out a family business based on distributing Coca-Cola and other soft drinks and hard liquor brands. The interview ends with a demand ringing in his ears: “Every shop should know Telenor – and every shop should recommend Telenor.”

After a meeting with a second distributor candidate, who runs a beans factory and internet café, Furberg heads off to look at possible sites for some of the 8,000 transmission towers the company will need to build or share with its rivals nationwide.

Telenor officials are sensitive about my questions on how much they pay for land rent and how they establish true ownership of property, which is a huge problem in Myanmar because of its history of seizures by the former junta with no or minimal compensation.

One of the sites is a makeshift warehouse for imported Chinese thermos flasks, where the co-owner, Nan Molyan, has one big question apart from the rental terms: “When do we get sim cards?”

On the way from the meeting, Furberg talks about the obstacles that face international companies in Myanmar. Some problems are predictable, such as the chronic electricity shortages that mean Telenor will need back-up generators capable of running its computer system “for two to three days, not minutes or hours as elsewhere”.

Other difficulties are harder to plan for: Furberg says he simply doesn’t know how far Telenor will be able to go into the various zones of conflict between ethnically rooted militias and a government still seeking the first nationwide ceasefire since independence in 1948.

He says he’s had encouraging contact with some rebel group representatives, who are “very polite” and “thinking of all kinds of opportunities to do business and engage their people in doing business”.

On human rights and surveillance, Furberg says Telenor has pushed hard for safeguards against undue government interference. Every mobile operator’s nightmare is the scenario that faced Vodafone in Egypt during the 2011 uprising against President Hosni Mubarak, when it bowed to orders to suspend its service.

Myanmar has built in a requirement for the government to obtain a court order before asking a company for data – though whether the courts would resist such a request is open to question.

Furberg also says Telenor has strict controls in place to prevent the kind of corruption allegations that have embroiled other mobile companies, including TeliaSonera of Sweden. TeliaSonera denied wrongdoing in 2012 when it was accused of paying $320m to a company controlled by an ally of the Uzbekistan president’s daughter but the chairman and chief executive still resigned – a reminder that new markets with weak institutions can be dangerous as well as lucrative.

By now we’ve passed from paved highway to gravel road to dirt track, before the surface gets so bad that we have to continue by motorbike. Our convoy wends its way along earthen dykes before stopping by a river, where children step on stones against a backdrop of brilliant green rushes.

The bikes are loaded on to a ferry punted silently to the monastery-lined village of Mwe Pon Kan. A farming community where people can expect to earn between $450 and $700 from each rice harvest, Mwe Pon Kan was off-limits to foreigners during the junta era. One sign of the changes that have taken place is the office of Aung San Suu Kyi’s National League for Democracy.

Life is sociable, and many of the compounds spacious but the closest hospital is 20 minutes downriver – an effective death sentence for people bitten by the snakes common in the surrounding fields until villagers hunted them down a few years back and sold them to Chinese merchants.

Only a fraction of Mwe Pon Kan’s households have mobile phones for now, with most relying on the telecoms services offered by a few mom-and-pop stores through massive desktop handsets.

“It would be more convenient for us to do business if there were more mobile networks available,” said Khin Mar, a shop owner, who laments that demand for her 100-kyat-a-minute (about 6 pence) phone service – four times the new government-set basic mobile call rate – has dwindled to half or a third what it was a year ago.

Before leaving Mwe Pon Kan, Furberg stops off at the local school, where the buildings are so crowded that some classes take place in the open air. He hands over a big bag of exercise books bought in a market in Mandalay, a personal cash donation and Telenor-branded key rings and pens, which the pupils wave enthusiastically as we leave.

Later, Furberg dismisses the idea that it was inappropriate to hand out company merchandise to the children. “I could have bought pens from the market but it wouldn’t have been as much fun as pens with the propeller on,” he says. “I think you are over-problematising being polite.”

On his return to Yangon, Furberg is due to hold the latest in a series of town meetings to talk about Telenor’s plans – though he admits that many people come hoping for sim cards and are a “little bit disappointed we are not yet rolling out”.


It’s a small sign of a long-stifled craving for this cosmopolitan nation, historically at the heart of Asia, to resume normal life in the world. “People feel very strongly that this country deserves something better,” Furberg says. “They deserve the benefits we are bringing to the mobile market. And they deserve to be treated properly.”

(Happy Myanmar - Pharrell's "I Am Happy")