March of Europe's Far Right: Failing economies, mass immigration and contempt for politicians has fuelled support for nationalist parties. The elections to the European Parliament taking place across the Continent this week are being played out against the most disturbing economic backdrop since the dark days of the post-crash Thirties.

This is the first time since the eurozone crisis erupted in Greece in 2010 that Europe’s people have had the chance to make their views known in an EU-wide election, and the outcome will not be pretty.

There are those in the UK who find the rise of Ukip and some of the views of its leader, Nigel Farage, on immigration unpleasant or offensive. But by the standards of the extremist and horribly racist Continental parties likely to win seats in the new European Parliament, Ukip might be regarded as moderates.


A lack of action from this power nexus at the heart of the eurozone has allowed a degree of economic dislocation and hopelessness to develop that is manifesting itself in a lurch to the Far Right.

The abrogation of responsibility for Europe’s economic ills by the unelected European Commission, the European Central Bank (ECB) and successive governments in Berlin and Paris is a disgrace. 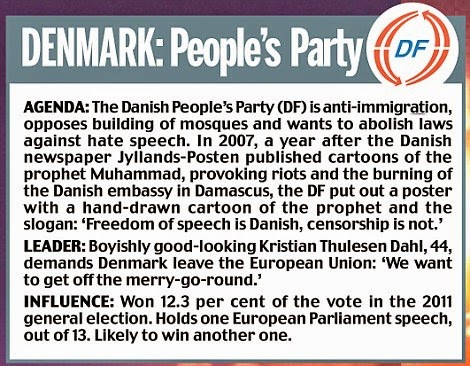 A lack of action from this power nexus at the heart of the eurozone has allowed a degree of economic dislocation and hopelessness to develop that is manifesting itself in a lurch to the Far Right.

Of course, the recent narrative from the leadership in Brussels is to suggest the worst of the eurozone crisis has passed, and recovery is just around the corner. The evidence for this is said to be the fall in the interest rate which the weaker European countries have to pay to borrow money on the international markets.

But to see these falling rates as a sign that normality has returned is a simplistic misreading of the underlying perils that still face the European economies. Similarly, because the ECB has taken on the task of policing the significant banks across the eurozone, it is assumed that the health of the financial system has been restored.

But the truth is that the kind of rigorous ‘stress tests’ imposed on banks in the U.S. and Britain in the wake of the 2007-09 financial crisis have still not taken place across the Continent. 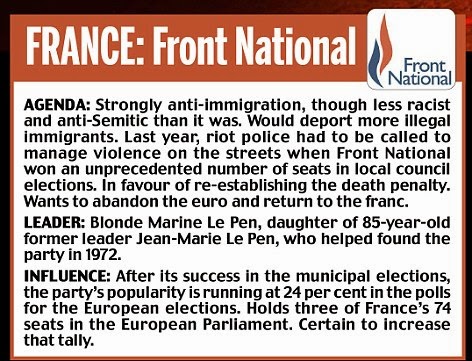 As a result, the repairs to the banking system so essential for the restoration of economic output have barely begun in Europe. That means it is often impossible for smaller businesses to get the loans they need to fire the growth of their nations’ economies.

Meanwhile, there are 26 million people out of work.

In peripheral economies such as Spain and Greece, the number of young jobless is in excess of 50 per cent. These nations face a degree of social despair and disruption that could last for years.


There is concern in Britain that there are still 850,000 young people unemployed here and much talk — particularly on the Left — of a lost generation. Yet the numbers are falling, and we are seeing a robust recovery.

By contrast, in the first quarter of 2014, there was virtually no growth in the 17 countries that use the euro. Overall output climbed by 0.2 per cent, half the rate forecast in Brussels. In fact, if Germany — which grew at a healthy 0.8 per cent — is taken out of the data (it accounts for roughly one-third of euroland output) then the rest of the region is stagnant. 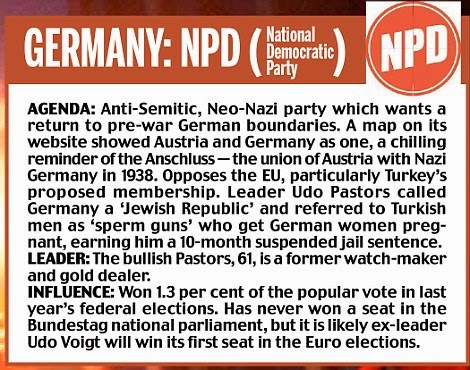 In France and Italy, respectively the second and third-largest countries in the single currency area, growth was zero. President Hollande’s France was singled out last week by the International Monetary Fund for reprimand.

The elections to the European Parliament taking place across the Continent this week are being played out against the most disturbing economic backdrop since the dark days of the post-crash Thirties.

The IMF noted that France was using higher taxes to deal with the size of its budget deficit, but concluded that the use of punitive taxes (including the now retracted 80 per cent top level of income tax) had severely restricted the economy’s capacity to recover. The Fund argued that growth will not be restored in France until the size of the state sector is reduced and major social reforms take place.


A further economic danger is starting to emerge in the eurozone which, if left uncorrected, could add to the turmoil. Since January 2013, consumer price inflation (based on the cost of a basket of goods) has fallen from an already modest 1.7 per cent to 0.8 per cent.

Though sharp rises in inflation have been regarded as damaging to economic stability, sharply falling prices — or deflation — can be just as big a danger, and the eurozone seems to be heading in that direction. 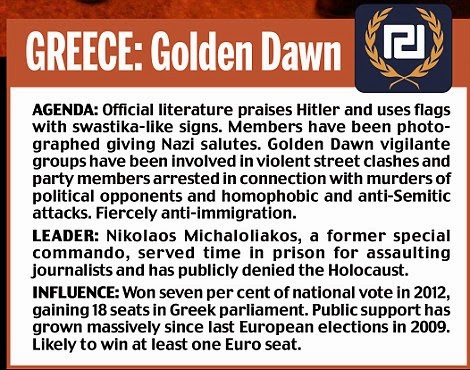 The cuts in earnings across the Continent, particularly in the public sector, have seen wage levels sharply curtailed and sent prices into a downward spiral. This kind of deflation is extraordinarily difficult to snap out of. (Infamous STAGFLATON of 70s and 80s is coming back!)

Erasing deflation requires determined and radical action, including the setting of zero per cent interest rates and massive infusions of cash into the economy. Whereas a national central bank could take such action alone in one nation state, the ECB needs the agreement of all its national governors from across the eurozone to pump billions of euros into the European economy as a whole.

Persuading the hugely cautious Germans to participate, which would be essential, has proved a roadblock for ECB President Mario Draghi. Thus euroland has been unable to emulate the U.S., where unlimited printing of money — known as quantitative easing — saved it from slipping into deflation after the recession.

The political risks for Europe of not tackling these fundamental economic problems — and the social unrest that comes in their wake — are frightening. The next European Parliament looks as if it could be stuffed with extremists, ranging from the virulently racist Jobbik party from Hungary, to the Far Right Golden Dawn in Greece. 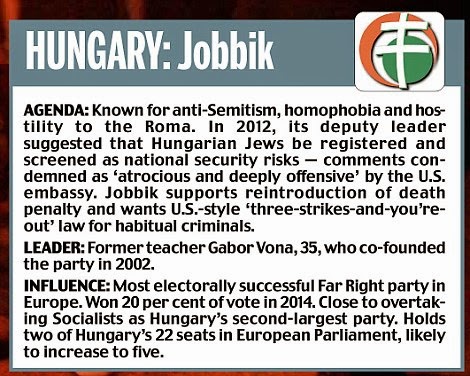 Such a disconcerting prospect is largely being ignored by the blinkered cheerleaders for the eurozone — who were warned from the outset of the euro project that a monetary union without a fiscal union to stabilise the member states’ economic policies would eventually tear itself apart.

The mish-mash of countries inside the eurozone — from powerhouse Germany to the basket-case economies in the south — has led to financial inequalities that sparked resentment, unrest, multi-billion-pound bailouts, disastrous levels of unemployment and now the spectres of deflation and political extremism.


Frankly, it couldn’t be much worse.