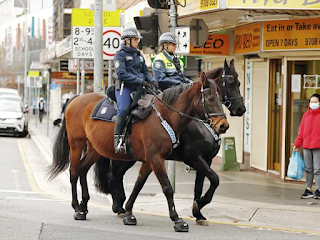 A large group of people gathered at Paul Keating Park in Bankstown just after 4pm on Saturday, as tensions grew in the Covid-19-riddled region. Police handed out fines to people who allegedly refused to leave, and arrested a man and a woman. 7 News reported about 100 people attended the event, with footage from the scene showing many wore masks while congregating at the park.

In further action, eight people – six males aged 29, 19, 55, 24, 17 and 35, and two women, aged 24 and 26 – were issued penalty notices after they allegedly refused to leave the area. The 24-year-old man was also charged with drug possession, while the 35-year-old man received infringements for offensive behaviour and offensive language.

It came after the NSW Government announced on Saturday that people living in the local government areas of Fairfield, Canterbury-Bankstown and Liverpool would be confined to their suburbs from midnight. Only health care and emergency services workers will be exempt from the rules, in a move aimed to stop the concerning spread of Covid-19 in the city’s southwest. 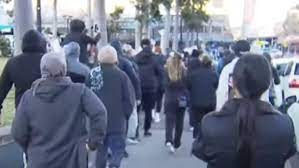 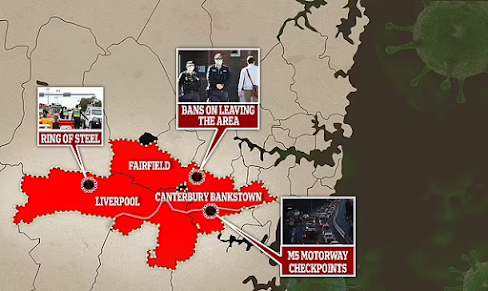 Suburbs inside Fairfield, Canterbury, Bankstown or Liverpool - the Sydney areas locked down for TWO weeks. From midnight on Saturday, residents in Fairfield, Canterbury-Bankstown or Liverpool local government areas are not allowed to leave their council area until July 30. The only exception for residents from those areas is for those in health and emergency services. 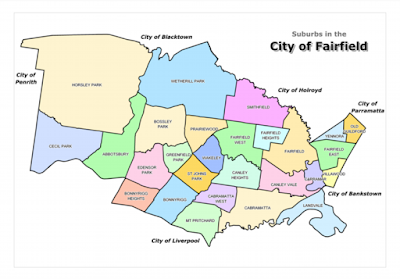 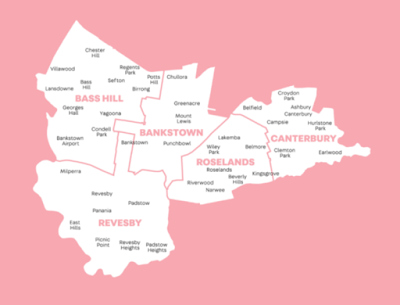