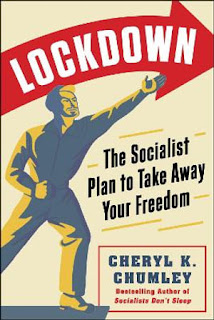 COVID being used as socialist tool: I’m amazed at the number of intelligent people who are taking what the government and media is telling them about the coronavirus at face value. In what alternate universe has the federal government and mainstream media earned your trust, especially in the past 10 years?

It is nothing but lie after lie, and most of these lies are designed to ram a global socialist agenda and system of government down our throats. And most certainly the steps taken by the federal government and media during this coronavirus “crisis” has furthered that specific agenda.

Don’t get me wrong. I fully believe that China released a dangerous global pandemic, lied about it, hoarded medical supplies and put the lives of hundreds of thousands of people worldwide at risk. The disease itself is definitely not fake. However, our response to it has been nothing short of a communist’s wet dream.

Let’s run through this step by step and see exactly how the coronavirus has been used to advance the global socialists’ agenda, and make no mistake about it, the current Democrat party in America is a global socialist party, whether Bernie Sanders is its nominee or not.

This pandemic was started by China, the largest socialist country in the world. When President Trump placed the blame for the virus on China, suspended flights from China and called the virus the “Chinese virus,” he was immediately called a “racist” by China-loving Democrats and their media cohorts.

Later, the same people criticized the president for not acting fast enough to suspend flights. And then, in an act that is nothing less than treasonous, instead of going after the real villain, China, in this nefarious affair, the Democrats decided that they wanted to start an investigation into the president’s handling of the crisis. Like there was some sort of provision in the Constitution on how to handle a never-before-seen Chinese-created pandemic.

If you take one thing away from this column, let it be this: The Democrats and their media allies have sided with the enemy, China … the very same country that is responsible for the deaths of tens of thousands of Americans. If this doesn’t frighten and anger you, then you are part of the problem.

But this isn’t even the worst of it. Small businesses and the American dream is the enemy of global socialism, and our government used the pandemic to justify shutting down small businesses across America. At the same time, mega-retailer Walmart, which gets 60 to 70 percent of its merchandise from China, was allowed to remain open and thrive.

How anyone can justify closing down small, uncrowded boutique stores while crowded, germ-infested Walmart and other mega-retailers remained open is beyond me. The answer, of course, is there is no justification. It’s just that small businesses don’t work in a socialist society. 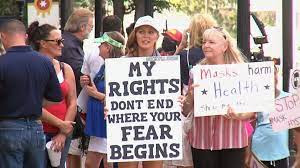 But the greatest push toward socialism was the extra $600 per week given to every out-of-work person. Every “conservative” Republican should be ashamed of themselves, including Donald Trump, for letting the socialist Democrats push this down the throat of America. This is more money than most people were earning at their jobs and it, without a doubt, was a bribe by Democrats to get people to fight going back to their old jobs — at least until the money runs out.

Socialists want people living off of the government. The $1,200 lump-sum payments and the extra unemployment benefits were the Democrats’ way of saying, “See, America, socialism isn’t so bad after all.” Don’t believe me? I’ve seen this exact sentiment posted on Facebook by a Democrat!

What the socialist Dems don’t tell Americans is that global socialism isn’t nearly as lucrative in the long term. No, without capitalism and our small businesses, most everyone — except the elite who are in power — will be living in extreme poverty.

Socialism believes that the government can take better care of you than you can of yourself. And guess what? It has never succeeded — ever. Israel, India and the United Kingdom have all tried it and ended up rejecting it. More recently, you have the socialist disaster of Venezuela to look at if you want to see just how bad the system can be. Even totalitarian Marxist countries like the Soviet Union have been destined to failure.

Not only is there no evidence that “lockdowns” work, they are unconstitutional. Democrat governors have threatened to arrest anyone who attends a church service during their lockdowns. Freedom of religion, as well as the freedom to assemble, are guaranteed First-Amendment rights. It is the backbone that our country was built on, and no politician, no matter the circumstances, should be able to circumvent the Bill of Rights. 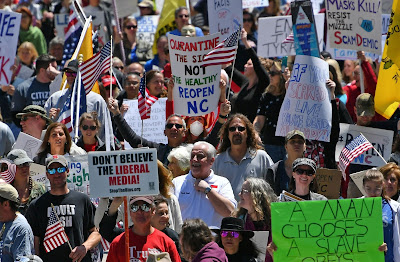 But it doesn’t end there. People have been threatened by government officials for walking in a park, using a beach or leaving their homes. Michigan Gov. Gretchen Whitmer, a Democrat dictator, decided it was within her power to ban garden stores from selling seeds.

Colorado police handcuffed a father in front of his kids for playing T-ball in an empty park with his daughter. And three Massachusetts men were arrested and face jail time for crossing state lines to play a round of golf. Totalitarian socialism justified by a disease is still totalitarian socialism, and no one should condone it.

The tentacles of socialism that have wrapped themselves around the Democrat party didn’t start with COVID-19 and it’s not going to end with COVID-19. However, what has happened during this pandemic is that America has allowed the Democrats to advance their socialist cause. They have made significant inroads that have harmed the country, the economy, small businesses, the president and our individual freedoms and liberty.

We must fight back. We can no longer cowardly worry about our personal health. Patriots fought and died for the freedoms that we have in this country and it is shameful that so many of us are so willing to give them up because we have a chance of getting sick and a minuscule chance of dying.

If you are elderly or at risk, or even if you are just plain scared because the media continues to tell you that you should be, then go ahead and stay sheltered in place. But for the love of country, please let the rest of us go about our business. And, please, come November, vote out the socialists and those who stomped all over the Constitution before it is too late.

(Jim Cegielski is publisher of the Leader-Call. He lives in Laurel.)