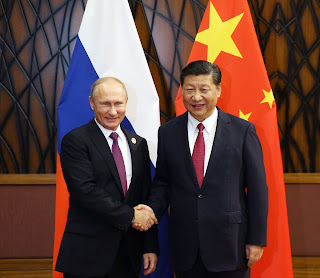 China’s Xi promises the world ‘heads bashed bloody.’ He should be taken seriously. Those who worry that hawks in Washington are drumming up an unnecessary and dangerous new cold war with China ought to take the time to read the address delivered in Beijing’s Tiananmen Square on Thursday by Chinese President Xi Jinping.

As military jets flew overhead and a large crowd roared its approval, Mr. Xi boasted of the “great rejuvenation of the Chinese nation”; he said China had “created a new model for human advancement” that it intended to spread through the world, while raising its armed forces to “world-class standards.”

In short, Mr. Xi made it clear that China under his dictatorial rule will present an escalating threat to the democratic world and to China’s neighbors — especially Taiwan, the capture of which he termed “a historic mission and an unshakable commitment.”

Former president Donald Trump and his secretary of state, Mike Pompeo, often managed to make it look as if the United States were gratuitously raising tensions with China with overheated rhetoric and a misguided trade war. Mr. Xi’s speech is a reminder that his regime’s soaring ambitions, and its belligerence in pursuing them, are a genuine threat to world order, and perhaps world peace.

The arrogance of Mr. Xi’s rhetoric, laden with nationalist grievance, points to the origin of the “wolf warrior” style recently adopted by Chinese diplomats. “We have never bullied, oppressed or subjugated the people of any other country,” he insisted — words that must have been greeted with pained disbelief in Tibet or the Xinjiang region, where upward of a million Uyghurs and other Muslims have been confined to concentration camps and coerced to abandon their culture.

Then came the emotional high point of the speech: “We will never allow any foreign force to bully, oppress or subjugate us.” According to the official English text distributed by the foreign ministry, Mr. Xi added, “Anyone who would attempt to do so will find themselves on a collision course with a great wall of steel.” But those who listened heard him say opponents would “have their heads bashed bloody.”

That evocation of blood should be taken seriously when it comes to Taiwan. Mr. Xi, repeating a stock phrase, said the aim was “peaceful national reunification,” but he sounded more convincing in promising “resolute action to utterly defeat any attempt toward ‘Taiwan independence’”— words that resonate with China’s recent escalation of military incursions into Taiwan’s airspace.

Having concentrated power and essentially declared himself a ruler-for-life, Mr. Xi appears to regard the subjugation of what is now a robust democracy as a legacy to aim for, along with the crushing of the Uyghurs and Hong Kong’s autonomy.

None of this means the United States should seek confrontation with China. But Mr. Xi’s words ought to underline that, at least under its present ruler, China will likely pose a growing menace to its neighbors, to the democratic world and to human freedom more generally. 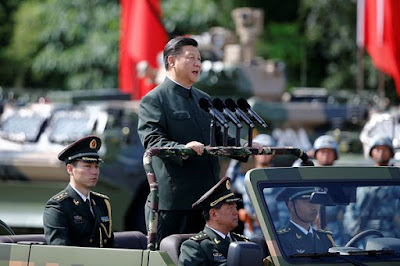 Foreign Power Will Get Punched In The Nose

Following British warship incident, Moscow warns next foreign power to violate Black Sea borders ‘will get a punch in the nose’: Provocateurs who play games in the Black Sea risk “getting punched in the nose.” That’s according to Russia’s deputy foreign minister, who has called on foreign ships to respect the country’s borders or face severe consequences.

The senior official stressed that the Black Sea was not a place where “games are allowed,” noting that such incursions across the Russian border could increase the risk of conflict in the region.

“The provocateurs must be treated very directly and objectively,” Ryabkov continued. “It must be explained to them why, next time, they’d be better off leaving their provocations aside and not coming here, because they will get a punch in the nose.”

Ryabkov’s comments come after Russian President Vladimir Putin described the incident with the British ship as a blatant provocation carried out with the United States’ participation. However, he also noted that he did not think the world was on the brink of World War III, claiming that a large-scale conflict would not have started even if the Russian side had sunk the destroyer.

On June 23, the British warship HMS Defender purposely violated Russia’s territorial waters, crossing three kilometers (two miles) over the border. While Moscow described the incident as breaking international law, London said the boat had passed peacefully through Ukrainian waters. Following the incident, the British ambassador in Moscow was summoned to the Russian Ministry of Foreign Affairs. 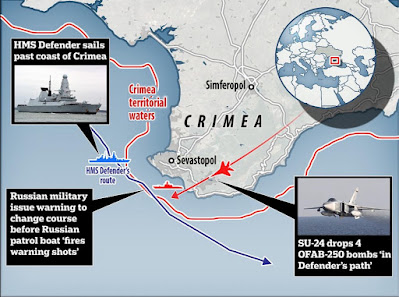 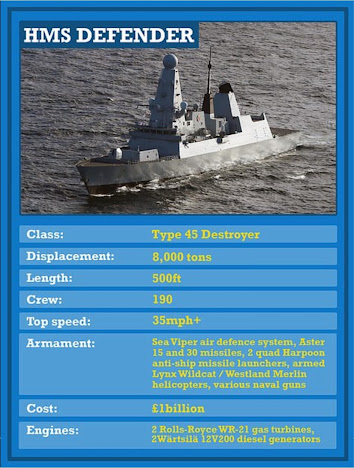 Putin Vows to ‘Knock Teeth Out’ of Foreign Powers

Russian President Vladimir Putin warned on Thursday Russia would “knock the teeth out” of everyone who tries to take a “bite” out of his country’s vast territory.

“Everyone wants to bite us somewhere or to bite off something from us. But they — those who are going to do it — should know that we will knock their teeth out so that they cannot bite. This is quite obvious, and the key to this is the development of our armed forces,” Putin said during a televised virtual meeting of Russia’s National Security Council on May 20.

“But I want to stress once again that we are not following the path of militarizing our economy,” he added: “No matter what we do, no matter how we strive to satisfy the appetites of those who are trying to restrain us, all the same, the restrictive policy will continue because many of our opponents, as we shall call them, simply do not need a country like Russia,” Putin said during the meeting, as quoted by the Russian state-controlled TV network Ruptly.

He added, “But we need it, our people need it, the citizens of the Russian federation [need it]. We will do everything not only to preserve it, but also to consolidate and strengthen it.”

“Putin also said that Western sanctions against Russia are continuing a longtime historic trend of containing a powerful rival and alleged that some critics of Moscow whom he didn’t name have argued that it’s unfair for Russia to keep its vast natural riches all to itself,” according to the U.S. government-funded Radio Free Europe/Radio Liberty (RFE/RL).

“Even after we lost one-third of our potential, Russia is still too big for some,” Putin said, referring to the collapse of the Soviet Union in 1991, which saw former Soviet republics gain independence.

Western countries, including the U.S. and European Union (E.U.) member states, have regularly imposed and extended sanctions on Russia for the past six years. Reasons for the sanctions include Russia’s colonization of Crimea out of Ukraine in 2014 and a long list of human rights abuses against its own people.

In April, Washington announced a wide range of sanctions against Moscow for its alleged “harmful foreign activities,” including its “ongoing occupation and repression in Crimea.” Putin’s remarks on Thursday came shortly after U.S. Secretary of State Antony Blinken spoke at an Arctic Council meeting in Reykjavik, which Russia chaired this year. 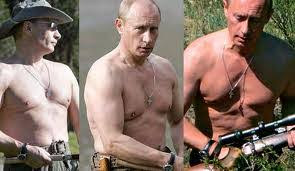 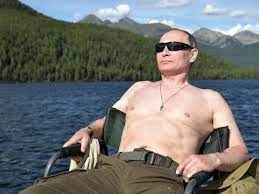