A TRIP, A TRAP: Tse Chi Lop was born in Guangdong Province, in southern China, and grew up during China’s Cultural Revolution. Amid the bloody purges, forced labor camps and mass starvation, a group of imprisoned members of Mao’s Red Guard in the southern city of Guangzhou formed a triad-like criminal enterprise called the Big Circle Gang.

Tse later became a member of the group, say police, and like many of his Big Circle Gang brethren moved to Hong Kong, then further afield as they sought sanctuaries for their criminal activities. He arrived in Canada in 1988.

In the 1990s, Tse shuttled between North America, Hong Kong, Macau and Southeast Asia, said a senior AFP investigator based in Asia. He rose to become a mid-ranking member of a smuggling ring that sourced heroin from the Golden Triangle, the lawless opium-producing region where the borders of Myanmar, Thailand, China and Laos meet.

In 1998, according to court records, Tse was arraigned on drug-trafficking charges in the Eastern District Court of New York. He was found guilty of conspiracy to import heroin into America, the records show. A potential life sentence hung over his head.

Through a petition filed by his lawyer in 2000, Tse begged for leniency. His ailing parents needed constant care, he explained. His 12-year-old son had a lung disorder. His wife was overwhelmed. If freed, vowed Tse, he would open a restaurant. He expressed “great sorrow” for his crime, court records show.

The entreaties appear to have worked: Tse was sentenced to nine years in prison, spent mostly at the federal correctional institution in Elkton, Ohio. But his remorse may have waned. After he was freed in 2006, police say he returned to Canada, where he was supposed to be under supervised release for the next four years.

It’s unclear when Tse returned to his old haunts in Asia. But corporate records show that Tse and his wife registered a business, the China Peace Investment Group Company Ltd, in Hong Kong in 2011.

Police suspect Tse quickly returned to the drug game. He “picked up where he left off,” said the senior AFP investigator. Tse tapped connections in mainland China, Hong Kong, Macau and the Golden Triangle, and adopted a business model that proved irresistible to his customers, say law enforcers. If one of his drug deliveries was intercepted by police, it was replaced at no extra cost, or deposits were returned to the buyers.

His policy of guaranteeing his drug deliveries was good for business, but it also put him on the radar of police. In 2011, AFP officers cracked a group in Melbourne importing heroin and meth. The amounts were not huge - dozens of kilos. So, rather than arrest the Australian drug dealers, police put them under surveillance, tapping their phones and observing them closely for more than a year. To the frustration of the Australian drug cell, their illicit product kept getting intercepted. They wanted the seized drugs replaced by the syndicate.

The syndicate bosses in Hong Kong were irate - their other drug rings in Australia were collecting their narcotics and selling them without incident. In 2013, as the patience of the syndicate leaders wore thin, they summoned the leader of the Melbourne cell to Hong Kong for talks. There, Hong Kong police watched the Australian meet two men.

One of the men was Tse Chi Lop. He had the center-parted hair and casual fashion sense of a typical middle-aged Chinese family man, said one AFP agent. However, further surveillance showed Tse was a big spender with a keen regard for his personal security. At home and abroad, he was protected by a guard of Thai kickboxers, said three AFP investigators. Up to eight worked for him at a time, and they were regularly rotated as part of his security protocol. Tse would host lavish birthday parties each year at resorts and five-star hotels, flying in his family and entourage in private jets. On one occasion, he stayed at a resort in Thailand for a month, hosting visitors poolside in shorts and a T-shirt, according to a member of the task force investigating the syndicate.

Tse was a frequent visitor to Asia’s casinos and fond of betting on horses, especially on English races. “We believe he lost 60 million euros (about $66 million) in one night on the tables in Macau,” said the senior Asia-based AFP investigator.

As the investigation into Tse deepened, police suspected that the Canadian was the major trafficker supplying Australia with meth and heroin, with a lucrative sideline in MDMA, commonly known as ecstasy.

But the true scale and breadth of the Sam Gor syndicate only became apparent in late 2016, police say, when a young Taiwanese man entered Yangon airport in Myanmar with a bag of white powder strapped to each of his thighs. 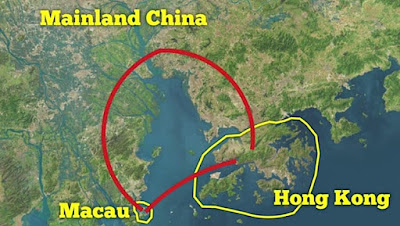 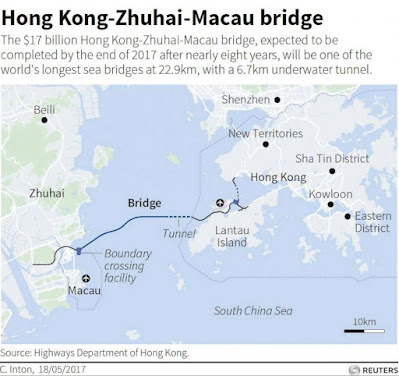