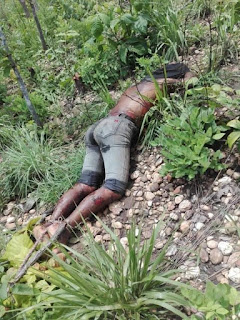 Locals in the Sagaing Region township of Kani discovered the disfigured bodies of 15 men in a forest on Sunday and Monday after soldiers detained a group of residents from nearby villages.

The men were among 26 who went missing on Friday and Saturday as junta troops raided homes in the villages of Yin, Kone Thar and Kyauk Hlay Khar, several residents told Myanmar Now.After the raids, neighbours and relatives who had fled went looking for the missing people, and found the bodies strewn across the forest floor on a hillside east of Yin village.

Photos and videos obtained by Myanmar Now showed the victims had been stripped naked or half naked. Some were blindfolded with their own clothes and some tied to each other. Injuries on the bodies, including knife wounds on their necks and faces, suggested the men were severely tortured.

The deceased included a father and his two sons, as well as three brothers and one of their nephews, locals said. Most were aged between 30 and 50, and one was 60 years old. “They were all murdered together right after they got caught. I think they all got caught together. They literally massacred them all,” said a resident from Yin village, who was among those who found the bodies.

Families buried the men on the evening of July 12, the local man said, adding that he attended the mass funeral. “The first two bodies we found had their faces slashed with knives. We found some with their limbs broken and some with their throats slit. Some were nearly decapitated and some had their limbs mutilated. We can assume that they slit the victims faces with knives as they interrogated them,” he said.

Photos indicated that soldiers had ransacked temporary shelters in the area during the raids, tossing people’s belongings on the ground and destroying two motorcycles. “They even went to the places where the locals were taking shelter. I heard they took them with their hands tied and then shot them,” said a man from Kone Thar village. Junta representatives could not be reached for comment on the killings.

A third local claimed that it was especially hard for them to retrieve the bodies as soldiers had laid landmines nearby, but Myanmar Now was unable to independently verify this. “It could have given us much more trouble. We managed to avoid them only out of luck,” the local said.

Killing of 15 villagers happened during July 8 to 12. Fourteen of the killed were from Yin village and one from Kone Thar village and all were refugees fled from those villages in Kani Township. 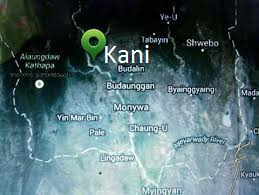 Four women from among the 26 who were detained last week have now been released, but as the rest are still missing, many fear there are more bodies to be found. “I can’t even find the right words to describe the military’s atrocities. I really wish we could escape from the grasp of this vile dictatorship,” said an activist from Kani.

More than 10,000 residents including infants and the elderly fled from the villages of Yin, Kone Thar, Kyauk Hlay Khar and Ohm‌ma because of the raids. A Kone Thar villager said that soldiers later followed him and others who fled to their makeshift displacement camps to rob them of their rice and other food supplies.

“They emptied insecticides for farming into the ponds and other water reservoirs, essentially poisoning the water supplies. They also took 25-30 lakhs ($1,500-$1800) and all our gold. They forced open the motorcycle engines and put sand in them,” he said. More than half of the displaced villagers have now returned home after the soldiers left for the neighbouring township of Mingin.

Kani emerged as a stronghold of the movement to topple the junta in the wake of the February 1 coup, and suffered brutal reprisals as a result. In early April, locals began using traditional (home-made) hunting rifles to defend themselves from soldiers and launch guerilla attacks. Conflict has been raging in the area ever since, displacing thousands.

On June 19, the junta released a statement claiming “terrorists” had attacked the military using homemade landmines and hunting rifles near Michaungdwin, another village in Kani. The same day, soldiers and plainclothes military personnel from Light Infantry Division 99 arrived in the nearby village of Kin, and tortured nine residents by cutting their bodies with knives, two residents of the village told Myanmar Now.

“I will take my hatred for the military to my grave because they terrorised innocent civilians,” one of the tortured said. “I will keep on fighting until the end.” 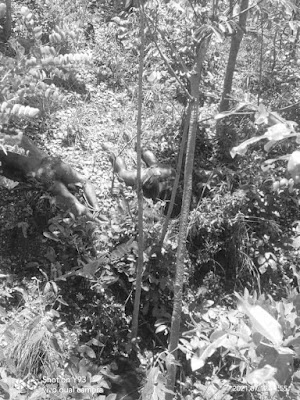 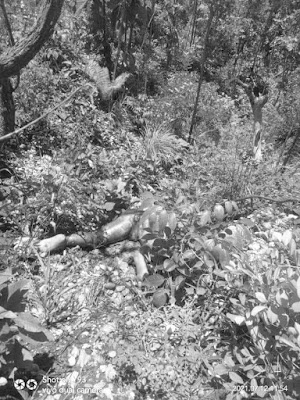 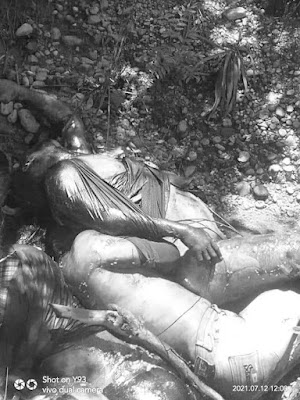 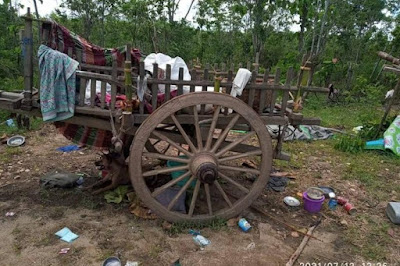 Six locals were killed during a shootout between the military and a civilian-led security team in Kani Township, Sagaing Region, on Thursday evening.

The security team– made up of locals armed with hunting rifles– was standing watch after hearing news that detained protesters were being relocated from their area, and wanted to intercept the trucks in which they were being transported.

A member of the security team told Myanmar Now that they had set up checkpoints on the Monywa-Kani road and were planning to stop the prisoner transport vehicles. “We heard news that they were relocating about 70 protesters including protest leaders who were captured here,” he said.

One military truck drove through the checkpoint without stopping. Soon after, some 12 trucks arrived at the scene and opened fire on the locals at around 4pm. The shootout continued until around 8pm.

The military may have suffered casualties in the clash, as locals used hunting rifles to fight back against the junta’s troops, but Myanmar Now was unable to confirm further details at the time of reporting. Since Friday, soldiers have been stopping and interrogating passerbys in areas along the Kani-Monywa road, claiming they are doing so for security purposes.

Anti-regime protests in Kani stopped after two protesters were killed in a military crackdown in early April. However, locals in the area have said that they are ready to defend themselves against the junta’s armed forces with any weapons available to them, including hunting rifles commonly used in the area.

In Tamu and Kalay, in western Sagaing, locals have been using the similar home-made weaponry to oppose the coup regime’s suppression of their movement. According to monitoring group the Assistance Association for Political Prisoners, some 728 people nationwide have been killed by the junta’s armed forces since the February 1 military coup in Myanmar. 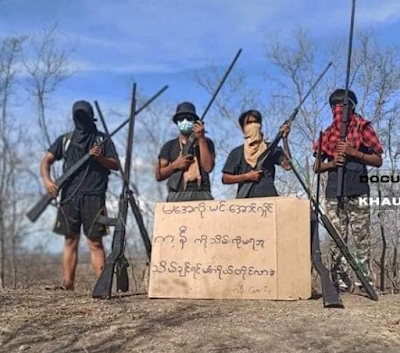 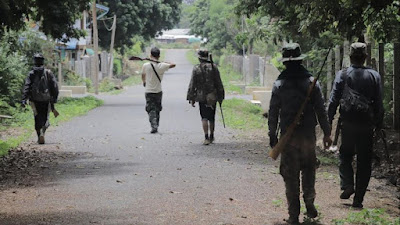 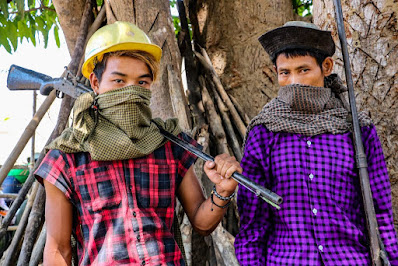 Execution of a captured soldier by Kani rebels.