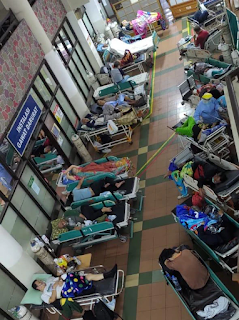 Indonesian COVID patients die in self-isolation as hospitals reach breaking point: The body of a man who died after testing positive for coronavirus lay in front of his house in North Jakarta for more than 12 hours before an ambulance responded.

Indonesian authorities reported a record daily increase in coronavirus cases on Saturday with 21,095 new infections and 358 new deaths. More than 56,000 Indonesians have died from the disease. Testing rates remain low and experts warn the true numbers are likely far higher than official figures.

Hospitals in Indonesia have been buckling under pressure after an influx of coronavirus cases linked to new variants and celebrations for the end of the Muslim holy month of Ramadan. In some cases, people who are COVID-positive are being turned away from hospitals and asked to self-isolate in small, often crowded, homes.

Yet despite being one of the worst-hit countries in Asia, authorities continue to resist imposing lockdowns or other strict measures to curb the spread.

The man was found by his neighbours, who didn't want to go near him out of fear he may have died from COVID-19. When local police chief Ghulam Nabhi checked the health database, he discovered the man had been confirmed COVID-positive since June 12, almost two weeks before he was found dead.

Mr Ghulam said the body was reported by the head of the local neighbourhood on Monday, but the ambulance only arrived a day later, on Tuesday. "There are a lot of COVID bodies, so it's not because they [hospitals] don't want to help us, but it's limited and there are not many who have the ability to handle COVID bodies," Mr Ghulam said in response to reporters' questions about why the ambulance came so late.

Mr Ghulam said the man lived alone in his house in a densely-populated area. The man's body was then buried in a designated burial ground for COVID-19 patients, which have proliferated in the Indonesian capital since the pandemic began. 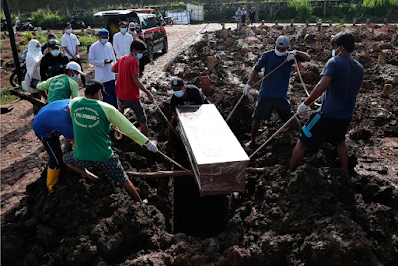 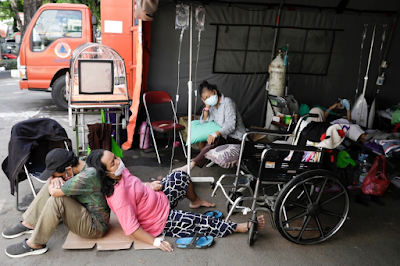 COVID-19 deaths outside of hospitals are becoming more common across Indonesia as case numbers continue to rise. Last week, a patient in West Java died after being turned away for treatment at the hospital. The 43-year-old man tested positive for COVID-19 and had been experiencing shortness of breath.

The head of the local health centre, Uswatun Hasanah, said the patient's condition at that time was already very weak. "I think [his family] did not want to wait any longer, they finally decided to find a hospital themselves," Ms Hasanah said.

The family had visited five hospitals only to find all were at full capacity. The man ended up dying while they were still on the road. A separate West Java family waited six hours to figure out what to do after their father died while undergoing self-isolation.

After numerous back and forth calls to COVID-19 hotline numbers asking for COVID-safe burial directions, they received no clear solution and ended up carrying out the funeral themselves. 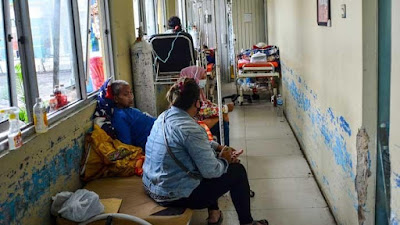 Indonesia's national COVID-19 task force spokesperson, Wiku Adisasmito, told the ABC that patients who can self-isolate at home are those with mild symptoms or people who are asymptomatic.

After wreaking havoc in India, the Delta variant is ripping through Indonesia. As hospitals fill up and authorities refuse to impose hard lockdowns, experts fear the worst is yet to come.

Professor Adisasmito, who has himself been self-isolating after contracting COVID-19, said patients in self-isolation must be monitored and under regular supervision of their local health centre. "If the symptoms worsen, they must be referred to and treated at the hospital," he said.

But data from the Ministry of Health shows the availability of COVID-19 hospital beds is running low, especially on densely-populated Java island. As of June 20, there were four provinces with bed occupancy rates above 80 per cent. In some cities, hospital bed occupancy has already reached 90 to 100 per cent.

"In a disaster situation like this, we have to see which patients are the most severe, but at the same time most likely to be saved," Jakarta-based doctor Debryna Dewi Lumanauw said. "But that doesn't mean that those who don't meet these criteria will be sent home … we will treat patients as best we can."

Dr Lumanauw said emergency room staff will actively look for a referral hospital that has facilities according to the patient's needs. "So for these reasons, the emergency room is the best place for them." 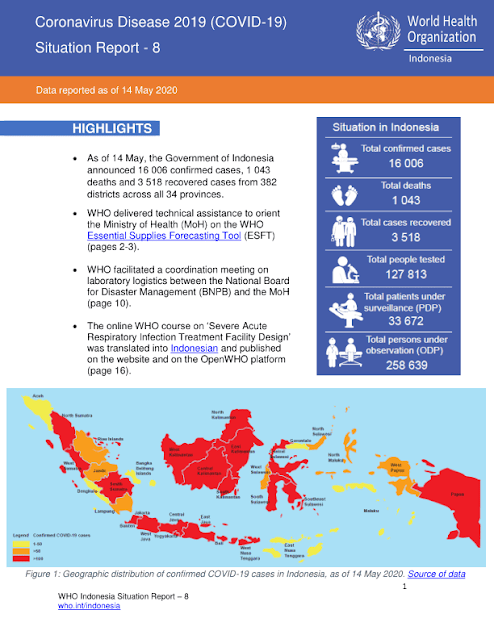 Joni Wahyuhadi is the director of Doctor Soetomo General Hospital in Surabaya and head of the COVID-19 task force for East Java province. He said Indonesia is at a critical juncture of the pandemic.

Some 65 per cent of hospital beds in East Java — the second-most-populated province in Indonesia with around 35 million inhabitants — are occupied by COVID-19 patients. "Compared to 2020, our resources are depleted, we have a new variant which is highly infectious and people are pandemic-fatigued, they don't have the same fear as last year," Dr Wahyuhadi said.

"Last year, when a patient was hospitalised, nobody came to visit. Now, because of family tradition to see someone who is not well, it seems that people are no longer worried to visit." Dr Wahyuhadi said with rates of transmission soaring, he fears the worst is yet to come. In anticipation, East Java's government has started building emergency hospitals.

"We have prepared 700 beds in Bangkalan, where it's considered a black zone at the moment," he said. Black zones are how Indonesian authorities refer to regions where case numbers are extremely high.

Presidential chief of staff Moeldoko, who goes by one name, maintains that the central government is responsive in dealing with the current wave of COVID-19 in Indonesia. "We also continue to strive for the best treatment and the target of 1 million vaccinations per day," he said.

To date, however, only 4.67 per cent of Indonesia's 280 million people have been vaccinated, according to Johns Hopkins University. 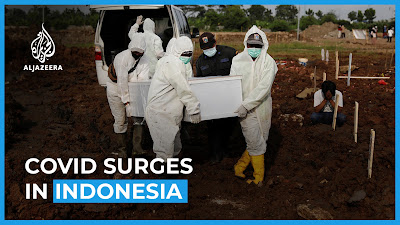 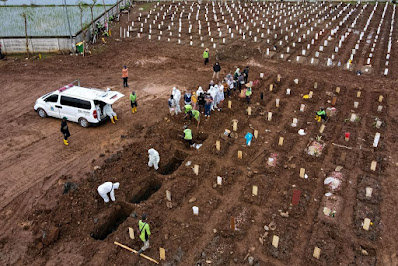