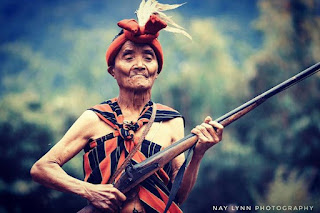 Hunting Traditions, ‘Spirit of Resistance’ Give Myanmar’s 'Tumee' Rifle Militias Edge Over Military: The volunteer militiamen of Myanmar’s Chin state have outgunned their better-equipped antagonists in the military in recent weeks of fighting with little more than decades-old rifles and say their hunting traditions and natural “spirit of resistance” will lead them to victory over the junta.

Members of the Chinland Defense Force (CDF), based in the poorest of Myanmar’s 14 states and regions, have squared off with troops loyal to the regime since late April in response to brutal military repression of peaceful protests that erupted soon after the Feb. 1 coup d’état that toppled national leader Aung San Suu Kyi’s civilian government.

The network of ragtag fighters has reported killing some 100 junta soldiers and torching at least 10 military vehicles since then, shocking observers with their record of success against Southeast Asia’s second largest army using only slingshots and the same crude flintlock “Tumee” rifles their forefathers used to fight off British colonizers in the 1880s.

And while the military in mid-May occupied the CDF stronghold of Mindat with a force of some 1,000 soldiers reportedly using local residents as human shields, bringing an end to daily fighting in the region, militiamen recently told RFA’s Myanmar Service that they have what it takes to protect their homeland and help remove the junta from power.

A CDF member from Mindat, speaking on condition of anonymity out of fear of reprisal, said that the militia’s comparatively crude equipment is more than capable of matching the military’s heavy artillery and air strikes, citing the number of casualties the group has inflicted.

“We Chin are born with a spirit of resistance and a natural hatred of the military regime,” he said of the junta, which he condemned for overthrowing civilian rule after free and fair elections during the coronavirus pandemic.

“Our people became outraged and now they have exploded. We began gathering guns as soon as we heard about the shooting and killing of protesters in lower Myanmar ... and we intend to fight back if they start doing the same in Chin state,” he added. “I have seen the people in lower Myanmar fighting back using catapults and other small guns. We will not remain quiet as we have Tumee rifles in almost every household in Chin state.”

The British empire granted the Chin the right to use Tumee rifles for hunting bears, wild boars, deer, tigers and other wildlife during its 1824-1948 colonial rule of Myanmar, then called Burma.

The rifles, which traditionally used gunpowder produced from animal dung and the leaves of toxic plants, were meticulously maintained and duplicated through the years, and eventually used to resist British rule during the First and Second World Wars.

While Tumee rifles are found in most Chin households, few are registered with the government. The more modern versions are powered with ammunition produced with materials easily found in the marketplace. With a range of between 50 and 100 feet, the weapons are reloaded by filling the barrel with gunpowder—a process that can take around three minutes. 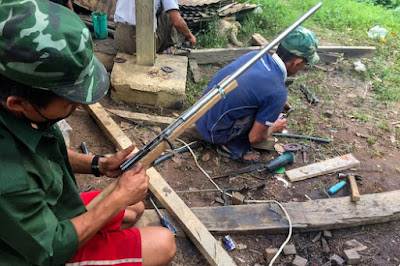 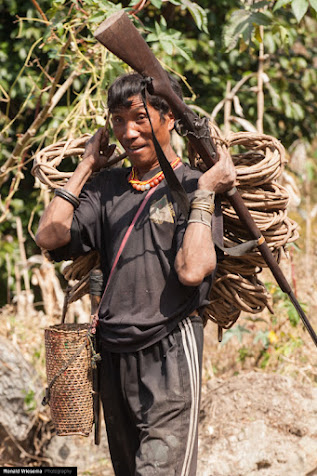 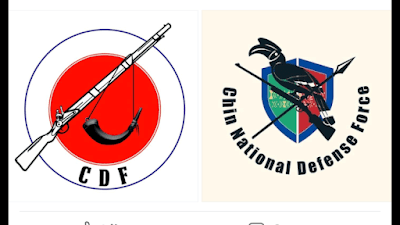 Another CDF member in Mindat, who also declined to be named, said that after clashes erupted with the military in April, “at least 20 or so people from each of between 40 and 60 villages” grabbed their weapons to join the fight.

“All of them are hunters, so they don’t need any military training,” he said. “They know these mountains and jungles. They can navigate well. They go straight to where the gunfire comes from and can easily shoot everyone who is wearing a uniform.”

He compared firing at troops to shooting “animals running in the forest,” adding that a lack of a formal strategy had helped the CDF to outwit its military opponents. “There is no centralized organizing through which we gather and march toward the battle, but no one in our ranks will retreat,” he said. “We march forward as we shoot … and we fire one gunshot at a time. We have to refill our ammunition to shoot again, and that’s why we have to aim very carefully. We cannot afford to waste bullets.”

The success of the CDF has inspired resistance against the military in neighboring Sagaing region’s Kalay township as well as other townships in northern Chin state, where ethnic Chin communities are seeing similar results with their own Tumee rifle rebellions.

“In our Chin mountains, there are traditional laws that have been applied since ancient times,” a resident told RFA when asked about the odds of overcoming a military campaign conducted by well-supplied and trained soldiers. “We have traditional rules and regulations applied to the local people. These lands are ours. We have our own culture. So, we will not allow to the military regime to invade us.” 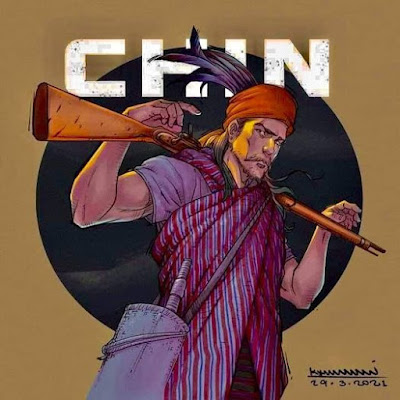 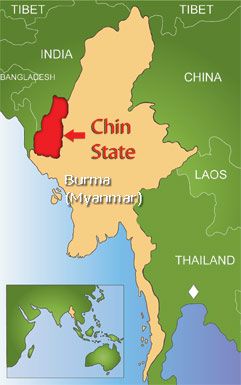 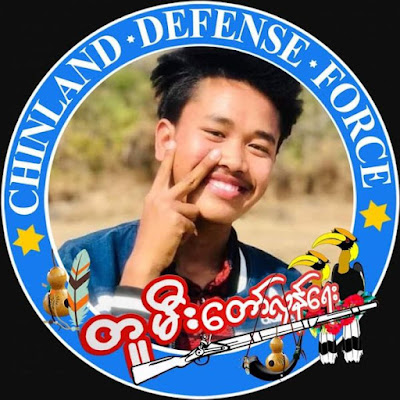