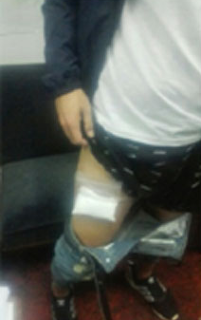 ALADDIN’S CAVE OF INTEL: Cai Jeng Ze was heading home to Taiwan, walking through the airport with a Jimmy Choo leather bag and two mobile phones. It was the morning of November 15, 2016, and Cai seemed nervous, picking at his blistered hands.

This tic aroused suspicion, said a former Myanmar police commander who oversaw the investigation. “His hands were bad because he had been handling the drugs,” the commander told Reuters. “Methamphetamine is very toxic.”

Cai was stopped and searched. Taped to each of his thighs was a small bag containing 80 grams of ketamine, a powerful tranquilizer that doubles as a party drug. “We were very fortunate to arrest him. Actually, it was an accident,” the commander said. Myanmar police, tipped off by the DEA, had been monitoring Cai. But they had lost track of him. Airport police had no idea who he was.

Cai told airport police the bag on his thigh contained a “pesticide or vitamin for flowers and plants,” according to Myanmar court records from his trial for ketamine trafficking. A friend, said Cai, had given it to him to pass on to his father. Cai’s flight was about to leave and there was no drug test for ketamine at the airport, the commander said.

Unimpressed with the explanation, police held him overnight. The next day, anti-narcotic officers turned up at the airport. One recognized him from surveillance work he’d been conducting.

Still, Cai refused to talk. Police say that videos they later found on one of his phones might have explained his silence. The videos showed a crying and bound man, and at least three assailants taking turns burning his feet with a blowtorch and electrocuting him with a cattle prod. In the videos, said one investigator, a sign can be seen with Chinese calligraphy saying “Loyalty to the Heavens.” The banner was a “triad-related sign,” he added.

The tortured man, according to two AFP officers who viewed the video, claimed to have thrown 300 kg of meth from a boat because he mistakenly believed a fast-approaching vessel was a law enforcement boat. The torturers were testing the veracity of the victim’s claims. By filming and sharing the videos, triad members were sending a message about the price of disloyalty, the officers said. Reuters has not seen the video.

The torture videos were just one of the items allegedly found in Cai’s two iPhones. The alleged Taiwanese trafficker was a diligent chronicler of the drug syndicate’s activities, but sloppy when it came to information security. Inside the phones, police say, was a huge photo and video gallery, social media conversations, and logs of thousands of calls and text messages. They were “an Aladdin’s Cave of intel,” said one AFP commander based in North Asia. 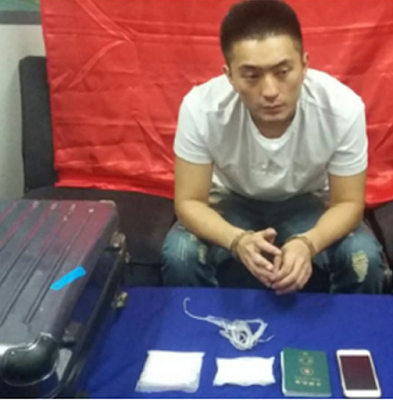 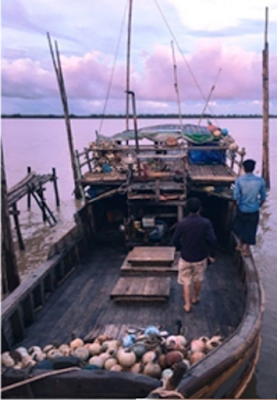 For at least two months prior to his arrest, Cai allegedly travelled around Myanmar cobbling together a huge meth deal for the syndicate, according to a PowerPoint presentation by the Drug Enforcement Division of the Myanmar police outlining its investigation.

One telling discovery: a screenshot of a slip from an international courier company recording the delivery of two consignments of packaging, manufactured to hold loose-leaf Chinese tea, to a Yangon address. Since at least 2012, tea packets, often containing one kilo of crystal meth each, had been cropping up in drug busts across the Asia-Pacific region.

Two days after Cai’s arrest, Myanmar police raided a Yangon address, where they seized 622 kilograms of ketamine. That evening, they captured 1.1 tonnes of crystal meth at a Yangon jetty. The interception of the drugs was a coup. Even so, Myanmar police were frustrated. Nine people were arrested, but other than Cai they were lower-level members of the syndicate, including couriers and a driver. And Cai still wasn't talking.

Then came a major breakthrough. Swiping through the gallery of photos and videos on Cai’s phones, an AFP investigator based in Yangon noticed a familiar face from an intelligence briefing he had attended on Asian drug traffickers about a year earlier.

“This one stuck out because it was Canadian,” he recalled. “I said: ‘Fuck, I know who you are!'” It was Tse Chi Lop. The Myanmar police invited the AFP to send a team of intelligence analysts to Yangon in early 2017. They went to work on Cai’s phones.

Australia had been a profitable drug market for Asian crime gangs since the end of the Vietnam War. For at least a decade, the AFP had fed all its historic files on drug cases, large and small, into a database.

A senior Chinese counter-narcotics agent described the database, which includes a trove of names, chemical signatures of seized drugs, phone metadata and surveillance intel, as the most impressive cache of intelligence on Asian drug trafficking groups in the region. 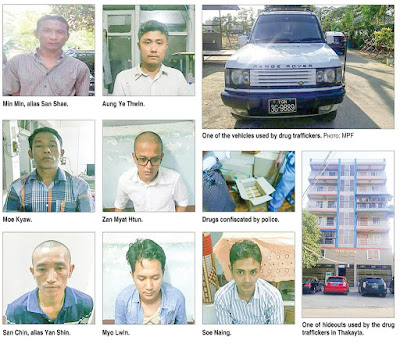 The AFP analysts cross-referenced the contents of Cai’s phones with the database. They discovered photos related to three big consignments of crystal meth that were intercepted in China, Japan and New Zealand in 2016, according to investigators and Myanmar police documents. Later, a team of Chinese anti-narcotics officials connected photos, telephone numbers and addresses in Cai’s phones to other meth busts in China.

For regional counter-narcotics police, the revelations upended their assumption that the drugs were being trafficked by different crime groups. It became clear the shipments were the work of just one organization. A senior Chinese anti-narcotics agent said they believed Cai was “one of the members of a mega-syndicate,” which had been involved in multiple “drugs cases, smuggling and manufacturing, within this region.”

Cai was found not guilty in the ketamine case, but is still in jail in Yangon, where he is on trial for drug trafficking charges related to the meth seizures. Reuters was unable to contact Cai’s lawyer.

The tracking and arrest of Cai Jeng Ze in Yangon airport with ketamine strapped to his body led to the seizure of tonnes of drugs as well as weapons. Despite the arrest, police say the cartel continues to distribute meth and heroin. The starting point for the drug operation is Myanmar’s Shan State, where the drugs are produced in sprawling facilities. 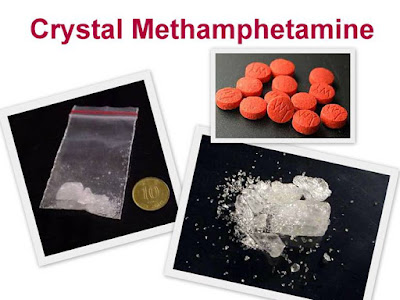