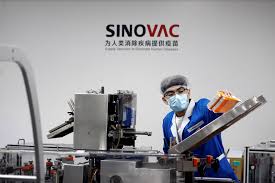 Indonesian Covid deaths add to questions over Sinovac vaccine: Health experts asking if medics should get other jabs after at least 10 fully Sinovac-vaccinated Indonesian doctors die in June.

At least 10 out of 26 Indonesian doctors who have died from Covid-19 this month had been fully vaccinated with Sinovac, prompting health experts to consider whether medics should receive alternative doses to boost immunity.

Indonesia, which has relied on the Chinese-made vaccine for its health workers, is struggling with a new surge in coronavirus cases. The latest outbreak, driven by new variants, has overwhelmed hospitals and burial sites in Jakarta and on the island of Java. On Monday the country announced 20,694 new infections.

In Kudus, a town in central Java, more than 500 medical workers have tested positive for Covid-19 over the last two weeks, including one doctor who died. All were fully vaccinated. The data, released by the Indonesian Medical Association, adds to questions about the level of protection that Sinovac provides against new, more infectious variants.

The vaccine was approved for emergency use this month by the World Health Organization, which said efficacy results showed it prevented symptomatic disease in 51% of those vaccinated, and prevented severe Covid-19 and hospitalisation in 100% of the studied population.

However, several countries that have vaccinated a large proportion of their population and used the Chinese-made Sinovac or Sinopharm vaccines as part of their inoculation campaigns have reported recent outbreaks. These include Mongolia, Seychelles, Bahrain and Chile.

Concerns over the efficacy of Sinovac and Sinopharm has exacerbated the problem of vaccine hesitancy in some countries that are reliant on Chinese-made doses. Last month the Philippine health department said the public would not be told in advance which brand of vaccines would be available at inoculation sites, after people queued up from 2am at a site they believed was offering Pfizer. 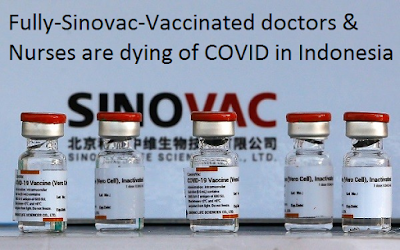 “The concern for Sinovac is about the published evidence – it is very sparse for Sinovac compared to the other vaccines,” said Dr Pawin Numthavaj, a clinical epidemiologist at Ramathibodi hospital in Thailand, which received a delivery of 2m doses of Sinovac last week.

He said reports of outbreaks in other countries that have replied on Chinese-made vaccines were troubling, as many of Thailand’s health workers had been given Sinovac. “This vaccine may be working, but not for everyone … It’s our job to determine who it is working [for] and who it is not.” Pawin said the Thai government should seek a greater range of vaccines.

The Indonesian Medical Association’s risk mitigation team said it believed that overall any Covid vaccine approved by WHO and the Indonesian authorities was helping to reduce the risk of severe Covid.

However, it said it was discussing whether health workers should be given an extra dose of an alternative vaccine. “We saw that some countries are supporting a mix-and-match scheme to boost immunity for medical workers,” said Dr Adib Khumaidi, the head of the risk mitigation team. “The most important thing is that [if] taking a Covid vaccine, people should keep doing health protocols,” he said. The group has called for the government to impose tougher lockdown restrictions.

On Monday Indonesian’s food and drug agency approved Sinovac for use in children aged 12-17. The health ministry’s Covid vaccination spokesperson, Dr Siti Nadia Tarmizi, said there was no policy on giving health workers a third dose. She said the number of infections among health workers was driven by their high exposure, including to more infectious variants such as Delta. Most had no symptoms or only mild symptoms, she said.

Olivia Herlinda, a policy director at the Centre for Indonesia’s Strategic Development Initiatives, said the Indonesian government had few options regarding its vaccination strategy, given that it had signed agreements with Sinovac.

“[I’m] not sure our government has the financial capital to make another deal with other vaccines with better efficacy,” she said. Instead, the government needed to open up access as much as possible, using what was available, she said. “There is a very high demand, but unfortunately, limited supply and facilities.” 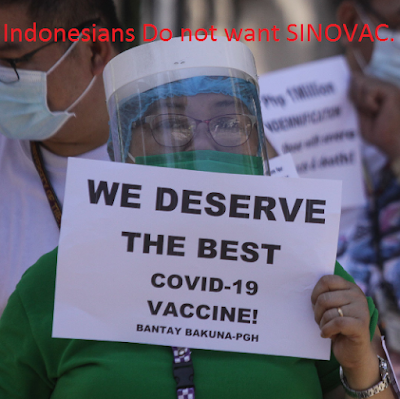 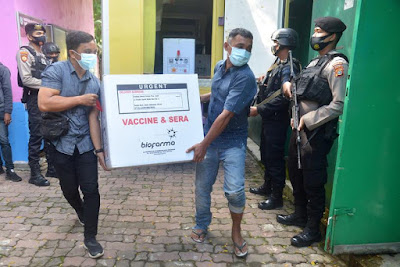