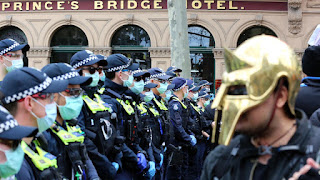 While the news is giving us rolling coverage of government-imposed restrictions and closures to prevent the spread of COVID-19, very few have discussed the legality of such orders.

This article identifies the sources and extraordinary extent of government power to issue the public health orders which have had such a major effect on our lives and businesses.
The governments of Australia, the states and territories each have existing legislation giving very broad powers to make enforceable public health measures in their respective jurisdictions. Because health is generally a state or territory responsibility, the majority of COVID-19 orders have been enacted by the states and territories, with some significant variations between them.

Under the Biosecurity Act 2015 (Cth) the federal government can make orders to manage the risk of contagion of infectious human disease, including the risk of such disease entering Australian borders and spreading within the country. Those orders include restricting a person’s movement to impose isolation at their home or in a medical facility.

The government can declare ‘human health response zones’, which could potentially be applied to fever clinics or other areas designed to assist and contain people recovering from COVID-19. The health minister may also order any requirement necessary to prevent the entry or spread of disease in declared ‘human biosecurity emergencies’.

To date, the Federal government has implemented restrictions and self-isolation requirements for travellers entering the Australian border, and a general ban on Australians travelling overseas under the Biosecurity Act 2015 (Cth) powers.

In New South Wales, the Public Health Act 2010 (NSW) (NSW Act) has been in force for almost 10 years and allows broad government powers to act to protect the health and safety of the public.

In response to COVID-19, the NSW Act has given the Minister the power to issue enforceable orders for limitations on gatherings1, compulsory quarantine following arrival in NSW from overseas2 and compulsory self-isolation following a diagnosis of COVID-193.

The Minister’s powers to make those orders are derived from Part 2 of the NSW Act. The very broad scope of those powers is clear from Section 7 of the Act, which reads as follows:

This section applies if the Minister considers on reasonable grounds that a situation has arisen that is, or is likely to be, a risk to public health. In those circumstances, the Minister—

a.  may take such action, and

b.  may by order give such directions,

as the Minister considers necessary to deal with the risk and its possible consequences.

Without limiting subsection (2), an order may declare any part of the State to be a public health risk area and, in that event, may contain such directions as the Minister considers necessary—

a.  to reduce or remove any risk to public health in the area, and

b.  to segregate or isolate inhabitants of the area, and

c.  to prevent, or conditionally permit, access to the area.

The NSW Act prescribes serious penalties for breach of any order made under it, including fines and imprisonment.

All Australian states and territories have similar existing legislation giving them the power to make enforceable public health orders4.

The states and territories have used that power differently, depending on the assessed priorities in each jurisdiction. Queensland, Northern Territory, Western Australia, South Australia and Tasmania have each issued orders imposing compulsory quarantine requirements for people crossing into their borders. To date Victoria, New South Wales and the Australian Capital Territory have declined to order border restrictions.

The jurisdictions have also imposed varying penalties for breaching public health orders. All jurisdictions impose substantial fines, however, parties can also be subject to imprisonment if they breach an order in NSW, Tasmania, the Northern Territory and Western Australia.

The Exercise of Extraordinary Power

While supporting government action to stop the spread of infectious disease, the President of the Law Council of Australia has described the federal government’s powers under the Biosecurity Act 2015 as extraordinary and warned that they should be:

The exceptional powers under the act do not have the types of safeguards and independent oversight protections afforded to our law enforcement and security agencies’ exercise of coercive powers.”

Public health powers are undoubtedly critical in preventing the spread of COVID-19. A cautious approach to the exercise of those powers is particularly important at a time of fear, uncertainty and potentially panic on the part of those of us enforcing orders and those of us subject to them. 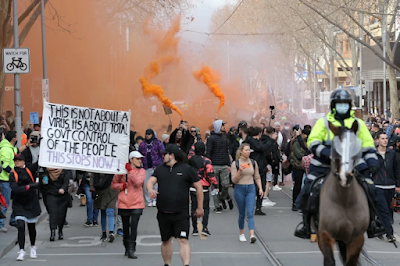 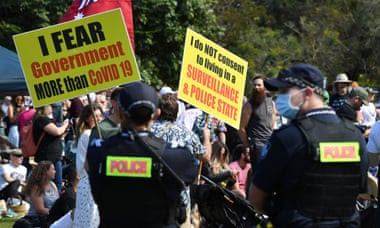