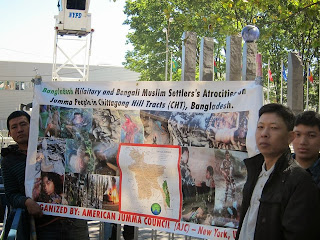 Known as the “Quiet Genocide of Buddhists in Bangladesh” the more than 60-years long genocide has been going on so long at such intensity that Buddhist population in Bangladesh has been annihilated from a substantial 20% in the 1950s to a negligible 0.7% today.

The protest was held in front of the United Nations Headquarters , New York. The AJC was asking for International and United Nations intervention to protect the Buddhist Jumma Peoples in Chittagong Hill Tracts, Bangladesh.

AJC has also been calling the UN to stop giving Bangladesh military UN's peacekeeping assignments as many of Bangladeshi army units have been actively involving in the long-running genocide of Buddhist Jumma people in Chittagong Hill Tracts (CHT) the hill region in Eastern Bangladesh next to Buddhist Burma.

More than 11,000 members of Bangladesh military are now actively serving with the UN Peacekeepers in world's troubled regions like Congo and Ethiopia. Some crack Bangladeshi troops from the 69th Infantry Brigade of 24th Infantry Division based at Chittagong and participating in the genocidal activities all over CHT are now a major part of UN Peacekeepers in Congo as their reward for annihilating the Buddhists in Muslim-Bangladesh. The Bangladeshi UN peacekeepers sent home more than a billion US$ last three years alone.

The members of AJC and supporters of Jumma Peoples raised their voices at the protests by following chants despite the disturbances from hired Bengali-Mulsim thugs from both Awami League the ruling party in Bangladesh and BNP the opposition party. 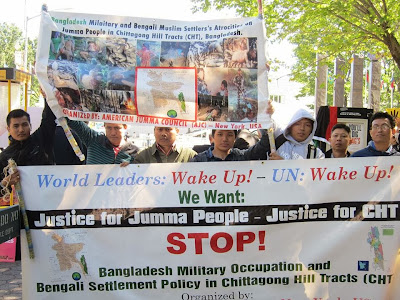 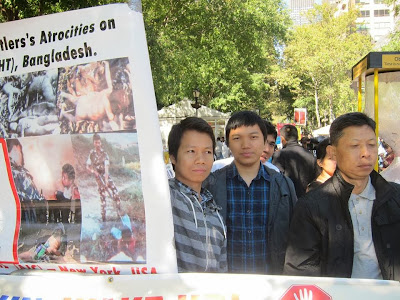 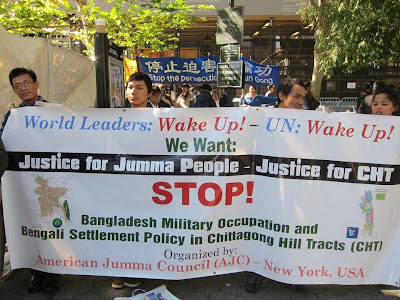 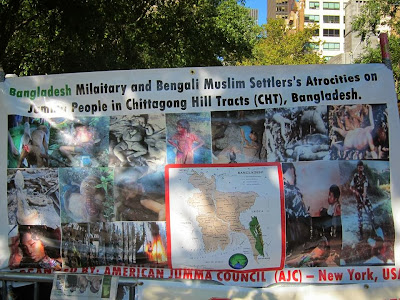 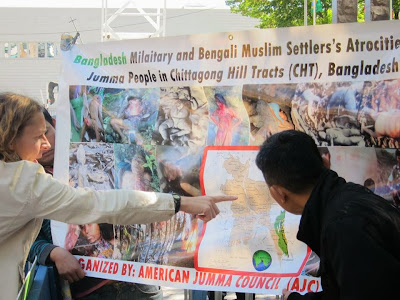 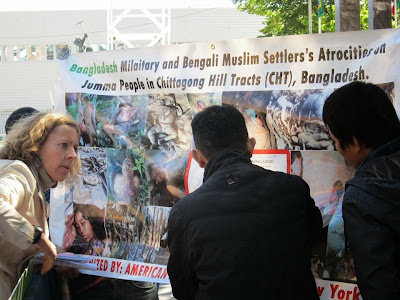 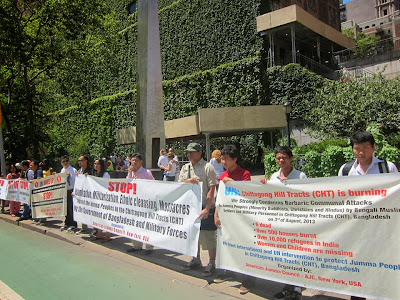 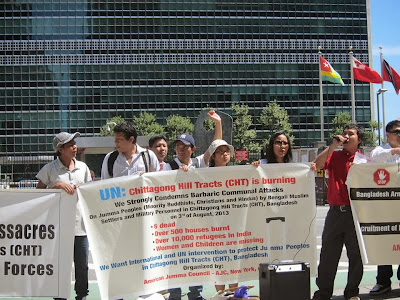 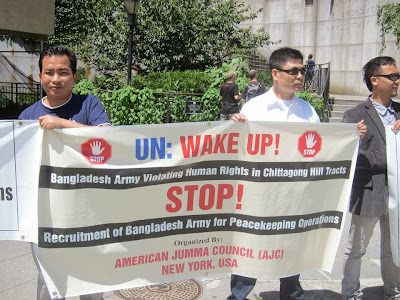 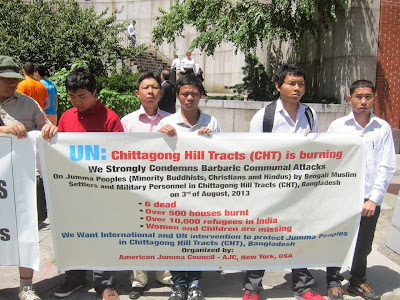 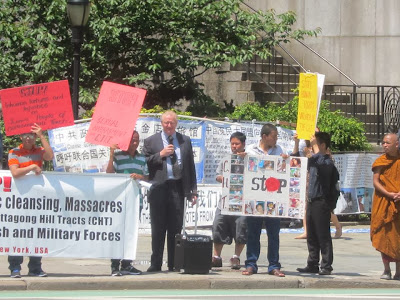 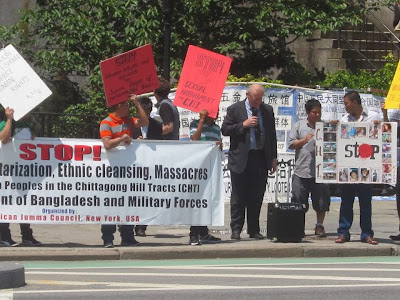 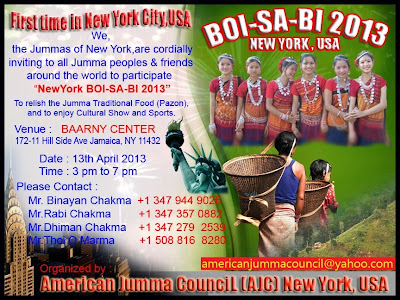 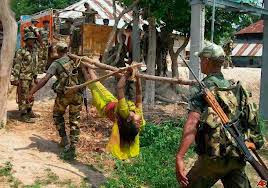 Related posts at following links:
Islamic Genocide of Buddhists in Bangladesh - Part (1)
Posted by Hla Oo at 2:20 AM