Translations of news articles from various Burmese and Bengali Blogs this week.)

At about 6 pm on November-1 a large group of Bengali-Muslims from Nghet-chaung Bengali village attacked three Yakhine-Buddhist women from nearby Sin-ey Buddhist village. The women were on a fishing trip.

The Bengali-Muslims speared one Yakhine woman Ma Hla Khin (30) to death and seriously wounded another Yakhhine-Buddhist woman May Than Khin (18) who is now receiving treatments in Sittwe Hospital.

The Muslim violent attacks on Buddhist women were believed to be the retaliation for earlier clashes near Sin-tat-maw Bengali-Muslim refugee camp where the local Yakhine-Buddhists and security forces confronted rioting Bengali-Muslims and killed one Bengali man and wounded five Bengali men.

According to the Saudi-funded Bengali-Muslim propaganda blog “the Rohingya Blogger”, on the early morning of November-1 a group of so-called Rohingyas (Benglai-Muslims) from Sin-tat-maw Refugee Camp were on a firewood-cutting trip on a nearby hill when Yakhin-Buddhist extremists ambushed and killed one Bengali-Muslim.

The rest of the Bengali-Muslims had to flee back to the refugee camp and came back with more Bengalis to the clash site to bring the body of their dead one back to the camp. The police security battalion at Sin-tat-maw then fired at them and wounded five Bengali-Muslims.

On November-2 the near-riotous confrontations between the local Yakhine-Buddhists and three members of ICRC staff at Sittwe Hospital were defused by the Buddhist clergy.

According to the local Yakhine-Buddhists two foreigners and one Bengali-Muslim staff from ICRC were basically pressuring and threatening the busy doctors and nurses at Sittwe Hospital to immediately treat the 5 injured Bengali-Muslims from Sin-tat-maw Refugee Camp they had brought to the Hospital on their fancy speed boats.

The ICRC staff were heard loudly forcing the hospital staff to abandon their work on wounded Yakhine-Buddhist woman May Than Khin at the hospital. The news of ICRC’s preferential treatment of hated Bengali-Muslims spread all over town and about 500 Yakhin-Buddhist immediately gathered at the hospital to protest.

The potentially explosive situation was soon defused by the Buddhist monks from the nearby monastery and the crowd dispersed that afternoon.

There is a long-simmering resentment among the local Yakhine-Buddhists against the INGOs including very visible ICRC with their expensive SUVs and fancy speedboats for their perceived bias towards the Bengali-Muslim illegals from the bordering Bangladesh.
ICRC in Burma Denied Pro-Muslims Bias

Myanmar: ICRC Responding impartially to violence. The ICRC has stepped up its work in Myanmar after outbreaks of inter-communal violence hit the country hard.

Ensuring thousands of people displaced by violence can safely receive medical treatment is vitally important, our head of operations for Asia, Alain Aeschlimann, explained during a visit to London (in the video below).

He noted the continuing tension and fear between communities and outlined the importance of ensuring we offer assistance based solely on need, favouring no particular group.


As well as communal violence, long-running conflicts remaining unresolved, particularly in north-eastern Kachin state, where a resumption of fighting has forced thousands of people from their homes. 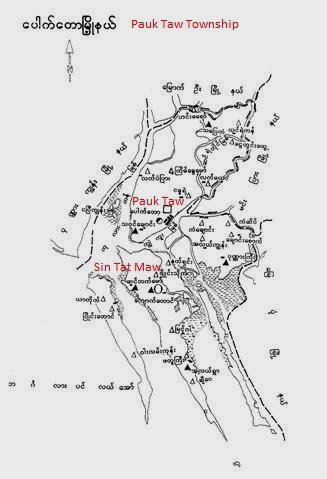 Related posts at following links:
Is Pro-Muslim MSF (AZG) Behind The Race Troubles in Arakan?
Posted by Hla Oo at 11:23 AM