By popular demand, Angolan authorities have taken pre-emptive action and decided to ban the Muslim religion, which they consider a cult, NOT a religion. They see what Muslims are doing to Christians, especially in Africa, and are taking steps to prevent the same from happening in Angola.

In early October 2013, the Muslims living in Luanda in the municipality of Viana Zango were shocked to see the minaret of their mosque dismantled into pieces on the ground without permission.

On Thursday 03 October in the morning, the Angolan authorities decided to destroy the mosque Zango located in the urban district of Viana 17 km. The governor of Luanda Bento announced in a radio spot that radical Muslims are not welcome in Angola and the Angolan government is not ready for the legalization of mosques in Angola.


And on Tuesday, November 19, the Minister of Culture, Rosa Cruz e Silva said, “Regarding Islam, the legalization process has not been approved by the Ministry of Justice and Human Rights. Therefore all mosques would be closed until further notice. It should be noted that the Angolan government has made closing of all mosques a priority.” 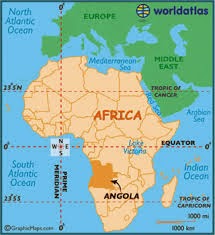 The only two mosques located in Luanda have already received a warning document signed by the mayor of the municipality of Viana José Moreno.

The provincial governor of Luanda, Bento Bento, said on the airwaves of local radio that “radical Muslims are not welcome in Angola and the Angolan government is not ready for the legalization of mosques.”

Minister of Culture, Rosa Cruz e Silva explained that the law on freedom of religion will be reviewed given the current national context, noting that the Government will redouble its efforts to fight relentlessly against religious cults like Islam which are contrary to the customs of Angolan culture.

95% of Angola’s population is Christian. A quarter belongs to Protestant churches founded during the colonial period, including congregational evangelical church.

This decisive action taken by the Angolan head of state is based on a desire to guard against the rise of the Wahhabi ideology that has created havoc, death and destruction in Africa and elsewhere. And as rightly explained Tunisian philosopher Mezri Haddad, “Islamism and Islamophobia feed each other. Worse, long-term Islamism as an ideology destroy Islam as religion.”

According to the International Religious Freedom Report 2008, Islam in Angola is a minority religion with 80,000 – 90,000 adherents, composed largely of migrants from West Africa and families of Lebanese origin. The Muslims comprise between 2.5 to 3 percent of Angola’s overall population of 17 million people, most of them Christians.

In the last decade, but especially during the last few years the Muslim community in Angola has grown appreciably and Islamic activities have become more common in major cities. Mosques have sprung up in a number of places and Qur’anic schools have been built to provide Islamic instructions and teach Arabic language to adherents.

Public attitudes toward Islam have been generally negative. Cultural differences between Angolan and Muslim West African immigrants have been the basis for negative views toward Islam, as was the perceived link between Islam and illegal immigration.

Since the September 11 attacks, there has been a deliberate attempt to link Muslims with terrorism. It has become a matter of routine at Luanda airport for security officers to detain Muslims arriving from Sahelian countries.

On September 1, 2008, a Muslim mob attacked the Christian community in the town of Andulo. The school-age daughter of a deacon at one of the churches was decapitated. Forty Christians were assaulted or tortured. The mob burned three church buildings.


They also went to Christians’ houses to intimidate them or destroyed items of property. Stones were thrown at the headquarters of a local Christian project, causing some damage. An Angolan Christian leader said that the local police were unable to stop the attack and fled the scene.

(Blogger's notes: So far, Angola is the only country banning Islam in this world. Unlike many other backward African countries like Nigeria or Sudan or Somalia Christian-Angolan women enjoy absolute freedom and Miss Angloa Leila Lopes was even crowned the Miss Universe 2011. I'm now hoping my beloved Burma, which just sent her very first Miss Burma to Miss Universe Pageant in Moscow, would follow Angola and outlaw the Islam and demolish all ugly mosques in Burma.) 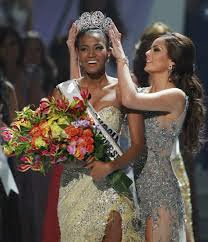 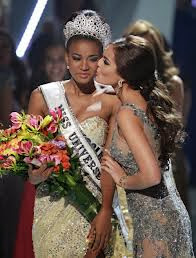 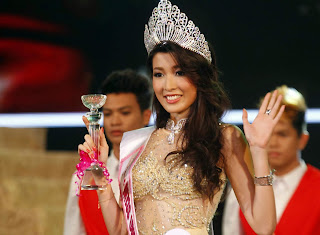