Security officials openly admit that unarmed civilians trying to enter India illegally are being killed. Will the government act?

Do good fences make good neighbours? Not along the India-Bangladesh border. Here, India has almost finished building a 2,000km fence. Where once people on both sides were part of a greater Bengal, now India has put up a "keep out" sign to stop illegal immigration, smuggling and infiltration by anti-government militants.

This might seem unexceptional in a world increasingly hostile to migration. But to police the border, India's Border Security Force (BSF), has carried out a shoot-to-kill policy – even on unarmed local villagers. The toll has been huge.

Over the past 10 years Indian security forces have killed almost 1,000 people, mostly Bangladeshis, turning the border area into a south Asian killing fields. No one has been prosecuted for any of these killings, in spite of evidence in many cases that makes it clear the killings were in cold blood against unarmed and defenceless local residents.


Shockingly, some Indian officials endorse shooting people who attempt to cross the border illegally, even if they are unarmed. Almost as shocking is the lack of interest in these killings by foreign governments who claim to be concerned with human rights.

A single killing by US law enforcement along the Mexican border makes headlines. The killing of large numbers of villagers by Indian forces has been almost entirely ignored.

The violence is routine and arbitrary. Alauddin Biswas described to Human Rights Watch the killing of his 24-year-old nephew, who was suspected of cattle rustling, by Indian border guards in March 2010.

"The BSF had shot him while he was lying on his back. They shot him in the forehead. If he was running away, he would have been shot in the back. They just killed him."
The BSF claimed self-defence, but no weapons were recovered.


Nazrul Islam, a Bangladeshi, was luckier. "At around 3am we decided to cross the Indian border," he said. He was headed to India to smuggle cows back to Bangladesh. "As soon as the BSF saw us, they started firing without warning." Islam was shot in his arm, but survived.

Some of the victims have been children. One father recounted how his sons were beaten by BSF officers. "The BSF personnel surrounded the boys and without giving any reason started beating them with rifle butts, kicking and slapping them. There were nine soldiers, and they beat my sons mercilessly. Even as the boys fell down, the BSF men continued to kick them ruthlessly on their chest and other sensitive organs."

The border has long been crossed routinely by local people for trade and commerce. It is also crossed by relatives and friends separated by a line arbitrarily drawn by the British during partition in 1947. As with the Mexican border in the United States, the border has become an emotive issue in Indian politics, as millions of Bangladeshis now live in India illegally. Many are exploited as cheap labour.

India has the right to impose border controls. But India does not have the right to use lethal force except where strictly necessary to protect life. Yet some Indian officials openly admit that unarmed civilians are being killed.

The head of the BSF, Raman Srivastava, says that people should not feel sorry for the victims, claiming that since these individuals were illegally entering Indian territory, often at night, they were "not innocent" and therefore were a legitimate target.

Though India is a state with functional courts, he apparently believes the BSF can act as judge, jury and executioner. This approach also ignores the many victims, such as a 13-year-old named Abdur Rakib, who broke no law and was killed simply because he was near the fence. Sadly, Bangladeshi border officials have also suggested that such killings are acceptable if the victim was engaged in smuggling. 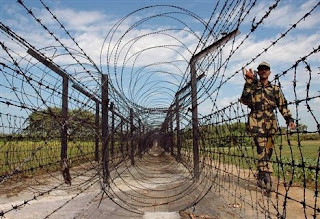 As the recent WikiLeaks report about endemic torture in Kashmir underscores, Indian soldiers and police routinely commit human rights violations without any consequences. Permission has to be granted by a senior Indian official for the police to even begin an investigation into a crime committed by a member of the security forces, such as the BSF. This rarely happens.

The response of various government officials to allegations of a shoot-to-kill policy has been confusing: we do shoot illegal border crossers since they are lawbreakers; we don't shoot border crossers; we only shoot in self-defence; we never shoot to kill.

But there is some reason for hope. Under pressure, senior Indian officials have expressed revulsion at the behaviour of the BSF and have promised to send new orders to end the shoot-to-kill policy. They have committed to use nonviolent means to apprehend illegal border crossers or smugglers where they pose no risk to life.

The question is whether this will be translated into action on the ground. Similar promises of "zero tolerance" for abuses have been made in Kashmir and elsewhere but have not been fulfilled.


The special tribunal set up at Cooch Bihar, India, to try the Felani murder case pronounced constable Amiya Ghosh innocent in its verdict last Thursday. However, Ghosh has been found responsible for the killing in an investigation into the incident.

My question is should our Burma follow India's Shoot-to-Kill policy on her Bangladeshi border line and shoot any Bengali-Muslim crossing the Burma-Bangladesh border illegally?) 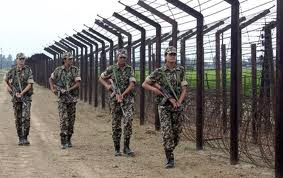 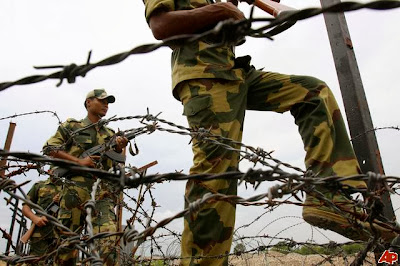