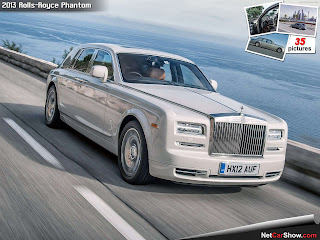 We the people of Burma need to know if giving away free the ethnic-insurgent armies highly profitable car-import permits is a means to achieve the current peace in Burma, or issuing such duty-free-import permits is also a gigantic corruption going on among the ruling politicians and senior ministers involving in the ongoing so-called peace process?

According to our investigating journalists the unsettling news from the imported-cars market was that the so-called Peace-car-import permits have been doing very good business in the market and thus bringing in huge profits to whoever selling these expensive car-import permits.

Seasoned brokers in various car markets in Rangoon are now openly saying that all ethnic insurgent armies and organizations now on the cease-fire agreement and the ongoing peace negotiating process with the government have received hundreds and hundreds of so-called Peace-car-import permits as the sweeteners from Thein Sein’s Government.


And all those insurgent groups seem to be reselling the permits to car-dealers and car-brokers and private owners at more than 50 million kyats (US$ 50,000) for each permit. Some powerful insurgent groups like KNU/KNLA are also importing very expensive luxury cars like brand-new 2013 model Rolls-Royces and Bentleys and Lexus into Burma by using those duty-free car-import-permits.


There could be at least hundreds or even thousands of these permits floating around looking for affluent buyers in Rangoon car markets, according to the car dealers who specialise in buying and selling car-import permits.

Is MPC (Myanmar Peace Centre) behind those car permits?

The widespread rumours about these car-import permits to further the peace process began to surface in last May.

Some of the ethnic-insurgent leaders who attended the 66th Union Day ceremony on February-12 this year told the Eleven Media in May that President-Office Minister Aung Min, who leads the MPC and also the deputy Chairman of Union Peace Implementation Committee, gave out large manila envelopes containing both duty-free and lowered-duty import permits for luxury cars to each of them at the ceremony.

One of the recipients of those envelops was KNU (Karen National Union) General Secretary Padoe Kwe Doe Win. He told Eleven Media on November-23 that KNU has so far received permits for only 120 cars. According to him out of 120 permits 40 were duty-free and 80 were 40% duty-exempted permits.

Also there was a widely-circulated leaked government document issuing 60 car-import permits to ABSDF (All Burma Students Democratic Front) insurgent army. Out of 60 permits 20 were duty-free and 40 were 40% duty-exempted permits.

According to a SSPP/SSA (Shan State Progress Party/Shan State Army) information officer they also received 60 permits like ABSDF, but they did not import new cars and instead they legalized 60 luxury Mercedes-Benz sedans they already had brought in illegally from Thailand last year.

Following is the unconfirmed list of car-import permits issued to ethnic-insurgent groups.

Daung Khar from KIO/KIA (Kachin Independence Organization/Kachin Independence Army) Myitkyinar Office did inform the media that they have yet to receive the car-import permits from the Government as they did not attend that Union Day Ceremony in last February as they were still waging a heavy war against Burma army during that period.

Aung Naing Oo the insurgent-turned-politician who was a former ABSDF Foreign Secretary and now a leader of MPC told the media that only Government ministers could confirm the rumours of so-called Peace-car-import permits.

A senior RTAD officer later confirmed the existence of such Peace-car-imports and added that exactly 3,000 license plates in 9-Nga series have been reserved for 3,000 luxury cars imported on such Peace permits. He also confirmed that out of 3,000 reserved plates only 1,000 has so far been issued and 2,000 are still left unissued.

He also added that at current market prices those 2,000 permits are worth at least 300 billion kyats (approx. 300 million US$) if they are sold.

Newly reformed semi-democratic Burma is so rich nowadays her top Chronys are now riding on chauffeur-driven Bentlys and Rolls-Royces. Mercedes-Benzes are only for the second class Chronys.

The critical question is, is Burma or Myanmar government forfeiting potentially more than 3 billion US$ import duty and taxes from 3,000 duty-free import permits issued to assorted insurgent groups just for the sake of peace alone?

Or could there even be a corrupt business worth billions of US$ going on behind by issuing such duty-free import permits to the business-partners and family-members of the senior government ministers like Aung Min and the turncoat-politicians like Aung Naing Oo handling the ongoing Peace Process through the MPC (Myanmar peace Center)?

(Blogger’s Notes: This whole page article was on the latest issue of Weekly Eleven Journal published by the Eleven Media Group owned by Dr Than Htut Aung who has also had many other business interests including car dealerships and car importing business owned by his wife. He was always strongly critical of government issuing duty-free car-import permits and this article could be the result of his ultimate grudge against Thein Sein’s Government.)