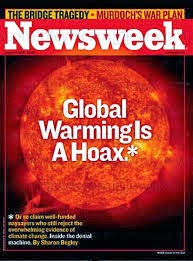 At the heart of all the left’s political agendas is wealth redistribution. That is as true of the Global Warming eco-scam as it is of anything else.

The left knows that idealism is a puny force compared to the power of profit. It may employ the slogans of idealism, recruiting college students to wave signs, dress up as polar bears and cry Armageddon;  but it uses the appeal of cold hard cash to invest as many people as it can into its cause.

Wealth redistribution gave the left a firm grip on power in America. No matter how many lies it tells or how many crimes it commits, it knows that when election time comes around those who profit from its wealth redistribution programs will flock to the polls; caring about nothing but their own bottom line.


The Global Warming scheme began the same way with tiers of economic interest.

The first tier came out of the expert elites; scientists who had grant money waved under their noses and environmentalists who went from waving signs outside corporate offices to working as consultants for those corporations. Publicizing the scam were the journalists and politicians who reinvented themselves as environmental crusaders pumping out books warning that the end of the world was near.

Soon an entire expert class was profitably employed predicting doomsday and teaching corporations to Greenwash their products. These were the Green versions of the leftist sociologists who had predicted race wars if economic inequity went on and the radical Black activists like Jesse Jackson and Al Sharpton who had monetized their instant racism into sensitivity consulting firms and national organizations. 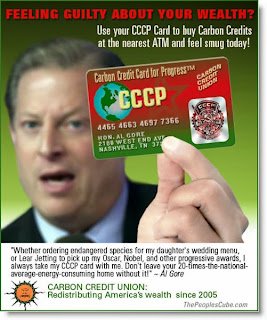 The second tier came from the bankers and corporations looking to profit from the crony capitalist sphere known as the Carbon Economy by selling other companies the power to impose costs on their rivals and customers through environmental regulations.

An entire fictional economy sprang up with artificial shortages and imaginary products and services sold. Artificial shortages were used to limit carbon emissions requiring the purchase of credits. Environmental regulations made carbon into a currency using the threat of catastrophe and the promise of profit.

Once again, Green followed Black. J.P. Morgan had received hundreds of millions in state payments from its food stamp card empire. Herbert and Marion Sandler made billions from subprime mortgages and Google is cashing in on housing project tax credit funds managed by a financial services company heavily invested in by Warren Buffett.

The dirty little secret of the welfare state is that most of the money doesn’t go to the minorities on whose behalf it operates; but to the big banks and liberal billionaires who keep the wealth redistribution going, not for the sake of the poor or the planet, but for their own personal profit.

While the public was dazzled with daily accounts of melting poles and polar bears fleeing the far north for London and New York as harbingers of the tidal waves of melting ice that would soon sweep across the coastal cities; their pockets were being picked by the gangs of eco-criminals.

Substandard products were pawned off on customers by calling them Green. In the kitchen, lower quality paper could be used in paper towels while more dish detergent had to be used to wash the same amount of dishes so long as the environmentalists were paid to certify the inferior products as Green.

And if the customers chose not to go along; the combined pressure of Green activists and corporations would eliminate any other option through regulatory mandates. Greenwashing compelled customers to pay more for less while the corporations and environmental consultancies pocketed the profits. 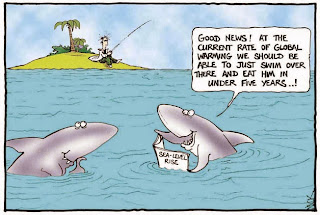 Once there was an expert and financial constituency in place to press for further changes; the third tier of large scale wealth redistribution could be unleashed.

The dreams of the Green criminals were modest. A worldwide carbon economy in which every human activity would be taxed, where everyone would need a permission slip to sneeze out some carbon in the spring and universal employment for environmental consultants with environmental impact reviews required for every single business down to the tykes with their neighborhood lemonade stand.

At stake were trillions of dollars; a dizzying amount that made the biggest financial frauds of the century no more than clumsy pickpockets lifting wallets.

To achieve these ends, the constituency had to be broadened with large scale wealth redistribution. Al Gore, James Hansen and a handful of bored college kids were never going to shake loose the insane sums of money that would make Green into the new Black and Environmentalism into the new Racism.

Climate reparations bring poor countries on board by promising them billions for every island state that gets hit by a typhoon and every African warlord whose territory suffers from drought. If your weather is soggy or your wheat just won’t grow; blame the white man with his terrible industrial machine.

The obscene trick of climate reparations is the seduction of Third World countries hit by natural disasters with promises of getting back on their feet with loads of cash stolen from the First World. Western taxpayers and consumers buy relief from the apocalypse and the Third Worlders become a wealth redistribution constituency demanding more free money in a system of blackmail and lies. 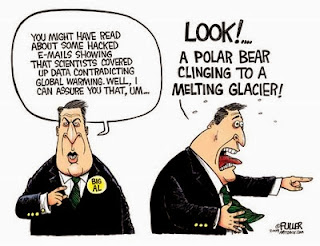 It’s the same scam that destroyed the Black community in America extended across the Third World. The welfare state did more damage to minorities than anything else. Now the Greens would like to repeat the process worldwide; pitting the First World against the Third World and profiting from the massive climate fraud that they have been slowly unrolling.

Radical regimes like South Africa, Nicaragua, Venezuela and Bolivia had already climbed aboard the “Bad Weather Reparations” express; but the global walkout from climate negotiations in Poland shows that the greed for climate theft cash has spread throughout the Third World.

The same crony capitalist dynamic that induces corporations to attack their rivals by supporting environmental regulations is playing out globally. China pushes for climate reparations by the First World while Western countries demand that China slow down the pace of its industrial production.

The hypocrites who congregate at these summits don’t believe the scams that they’re selling, but are exploiting them to handicap each other’s economies while their corrupt expert elites greedily predict absurd visions of doom that their own data no longer supports.


Global Warming has become a micro-economy and a macro-cult; a massive financial scam for a world financial system running low on ways to escape its collapse and a pseudo-religion for a secular world. These believer-profiteers are turning environmentalism into the new racism using the dead from every typhoon and weather tragedy as poster children for their terrible eco-scam. 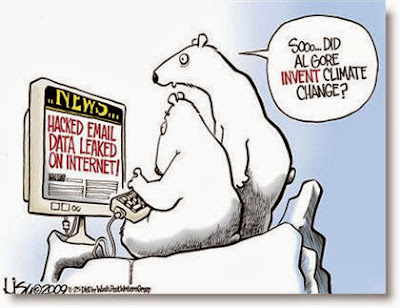 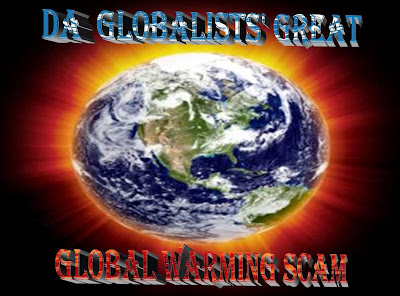 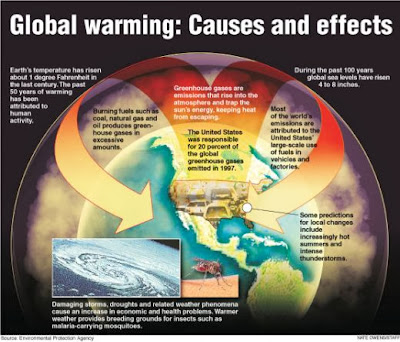