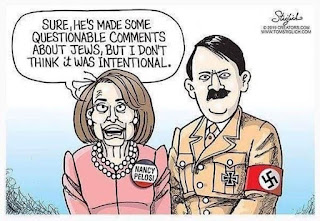 Tensions flare as Dems struggle to calm furor over Omar: Lawmakers clashed behind closed doors, with some complaining that Speaker Nancy Pelosi and her leadership team had failed to handle the escalating political crisis.

House Democratic leaders are struggling to contain the controversy over Rep. Ilhan Omar's comments about Israel, with the caucus fighting behind closed doors over whether — and how — to respond.

Tensions ran high at a caucus meeting Wednesday as some Democrats privately vented that Speaker Nancy Pelosi and her leadership team had failed to adequately respond to the escalating political crisis, with too little outreach to their own rank and file.


Freshman Rep. Jahana Hayes of Connecticut stood up and confronted Pelosi directly, arguing that she shouldn’t have to learn about the official Democratic Caucus response from MSNBC. Hayes said she now has to vote on a resolution that she’s barely read, without a private briefing from leadership, according to five sources.


Pelosi countered that the Democratic measure to condemn anti-Semitism is not final, though text had been circulating and a vote had been tentatively planned for Wednesday. That vote was postponed amid a last-minute backlash from progressives in the caucus.

House Majority Leader Steny Hoyer (D-Md.) later told reporters that leadership hadn’t decided whether a vote on the resolution would take place this week, adding, “We’re working on language. “Pelosi also said Democratic leaders were forced to respond quickly over the weekend — a task made trickier with Omar on a congressional delegation trip to East Africa over the weekend.

As Hayes was then talking to another member, Pelosi said, “Well if you're not going to listen to me, I’m done talking,” then set down the microphone and walked out of the room, the sources said. A senior Democratic aide disputed that it was a tense exchange, saying Pelosi was merely trying to explain why things unfolded the way they did over the past few days. Hayes later said in an interview that she didn’t hear Pelosi responding to her and had already started to walk out of the room.

“I’m not interested in legislating through the media and social media,” Hayes said, noting when she received a copy of the draft resolution it wasn’t even clear which lawmakers were the lead authors. “I know that leadership has the ability to tighten up the process and do something about it.”

That moment of frustration reflects widespread anxiety in the caucus over how to handle the latest bout of remarks from Omar — one of the first Muslim women to serve in Congress — after she suggested that pro-Israel advocates had “allegiance” to Israel. The remarks offended multiple top Democrats, who said it alluded to painful, decades-old stereotypes that Jews had “dual loyalties.”

Multiple Jewish lawmakers, including Rep. Ted Deutch (D-Fla.) stood up in the caucus meeting to explain why Omar’s latest remarks were so offensive and potentially dangerous. But other Democrats — including a Jewish lawmaker — stood up to defend Omar and say they didn’t see the remarks as deeply offensive. Omar did not speak in the meeting, multiple sources said, although she was spotted chatting with some Democrats one-on-one and received hugs from others. 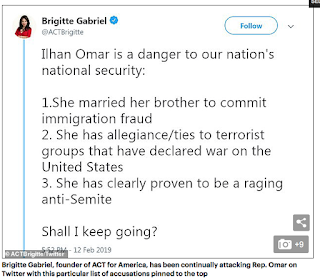 Democratic leaders, including Pelosi, are attempting to soothe relations within the caucus after abruptly halting plans to vote on a measure condemning anti-Semitism, which some lawmakers complained would had gone too far in targeting Omar.

The House Foreign Affairs Committee is now rushing to rewrite that resolution to condemn hate speech more broadly to win over a group of lawmakers — including progressives and lawmakers of color — who have rushed to Omar’s defense.

“It’s not just the Congressional Black Caucus. Many members of the Democratic caucus are concerned,” Rep. Karen Bass (D-Calif.), chairwoman of the Black Caucus, said of the previous draft of the resolution. “We want to make clear that we stand against the general rise of hatred.”

Members of the Congressional Black Caucus left their weekly meeting later Wednesday questioning why they had yet to see the text of a proposal indirectly reprimanding one of their own members that might hit the floor as soon as Thursday. Bass called their meeting “spirited.” She and several other senior members of the CBC had a lengthy discussion with Pelosi on the floor later Wednesday

Bass, as well as Rep. Pramila Jayapal (D-Wash.), who leads the Congressional Progressive Caucus, were adamant Wednesday they would not support any resolution that specifically named Omar — something that several Jewish Democrats had privately pushed for in the resolution.

Several members from those caucuses also said they thought the measure as drafted, which did not did not specifically name Omar, was an unfair rebuke. “We need to have an equity in our outrage,” said Rep. Ayanna Pressley (D-Mass.), a close friend of Omar’s and a member of both the CBC and CPC. “Islamophobia needs to be included in this. We need to denounce all forms of hate. There is not hierarchy of hurt.”

The back-and-forth over the text of the resolution — which first began last Friday — has exposed a rift in the caucus along generational, religious and ideological lines, with Democratic leaders caught in the middle.

Rep. Debbie Dingell (D-Mich.), who had privately voiced concerns about earlier drafts of the resolution, said Wednesday that any measure needed to broadly condemn hate speech in a way that unifies the Democratic Party.

“I represent the Muslim population, and they get attacked. I’ve worked with both communities,” said Dingell, who has large Arab-American and Muslim communities in her district. “This hatred that’s dividing this country is really, really disturbing, and we need to fight back on it, and not play into this issue.”

Omar, after returning from her trip to East Africa, has begun making amends with Jewish lawmakers, including Rep. Jan Schakowsky (D-Ill.). “I do not believe that Ilhan Omar is anti-Semitic,” Schakowsky said. “I absolutely believe that she has become, as a result, a target. I think the Republicans love that, and frankly, I think the media loves to exploit the divisions.”

Schakowsky said the personal attacks against Omar have become so extreme that there are conversations about giving Omar a security detail in the U.S. Capitol. Meanwhile, House Republican leaders on Wednesday morning reiterated their calls for Democrats to remove Omar from her spot on the Foreign Affairs Committee.

The panel’s Jewish chairman, Rep. Eliot Engel (D-N.Y.), had previously derided Omar’s “vile, anti-Semitic slur,” though he said Wednesday morning he would not support ousting her from the committee. 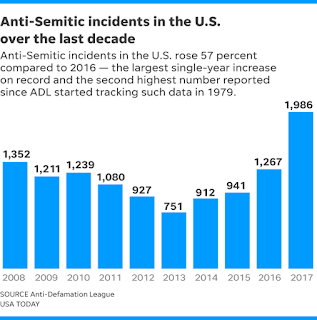 Republicans have tried to paint a contrast between how Democrats and Republicans have responded to controversies involving one of their own, with GOP leaders repeatedly highlighting how they kicked Rep. Steve King (R-Iowa) off his committee assignments after he made racist remarks in January. “Representative Omar embodies a vile, hate-filled, anti-Semitism, anti-Israel bigotry,” said GOP Conference Chairwoman Liz Cheney (Wyo.), one of the first Republicans to call out King.

Privately, some Jewish lawmakers are still fuming about Omar’s latest comments, which come after she has already apologized for other remarks criticizing the political influence of pro-Israel activists. In the closed-door meeting Wednesday, Pelosi tried to shift the blame for the firestorm over Omar in part to the press, and repeatedly stressed party unity in the public eye.

Pelosi quipped of the press, “If you say the bacon is not crispy enough, they'll have an article about this unrest and unease in the Democratic Party.” Multiple other Democrats urged their colleagues to stay off Twitter — where some lawmakers, including Reps. Alexandria Ocasio-Cortez and Juan Vargas — sparred over the weekend.

Vargas wrote that “questioning support for the U.S.-Israel relationship is unacceptable,” to which Ocasio-Cortez responded: “I remember a time when it was ‘unacceptable’ to question the Iraq War.” Dingell said, “What we need to do is not be out there twittering, we need to talk to each other,” 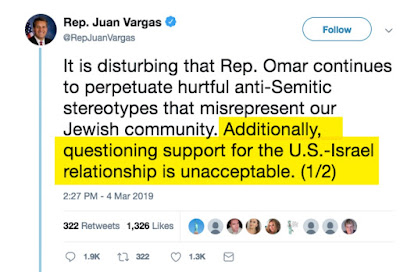 Consistent with that definition, the State Department offers official “contemporary examples of antisemitism.” Among those examples are these two, which Omar’s comments clearly exemplify:

1. Accusing Jewish citizens of being more loyal to Israel, or to the alleged priorities of Jews worldwide, than to the interest of their own nations.


2. Making mendacious, dehumanizing, demonizing, or stereotypical allegations about Jews as such or the power of Jews as collective — such as, especially but not exclusively, the myth about a world Jewish conspiracy or of Jews controlling the media, economy, government or other societal institutions.) 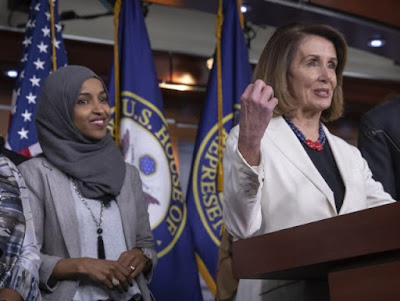