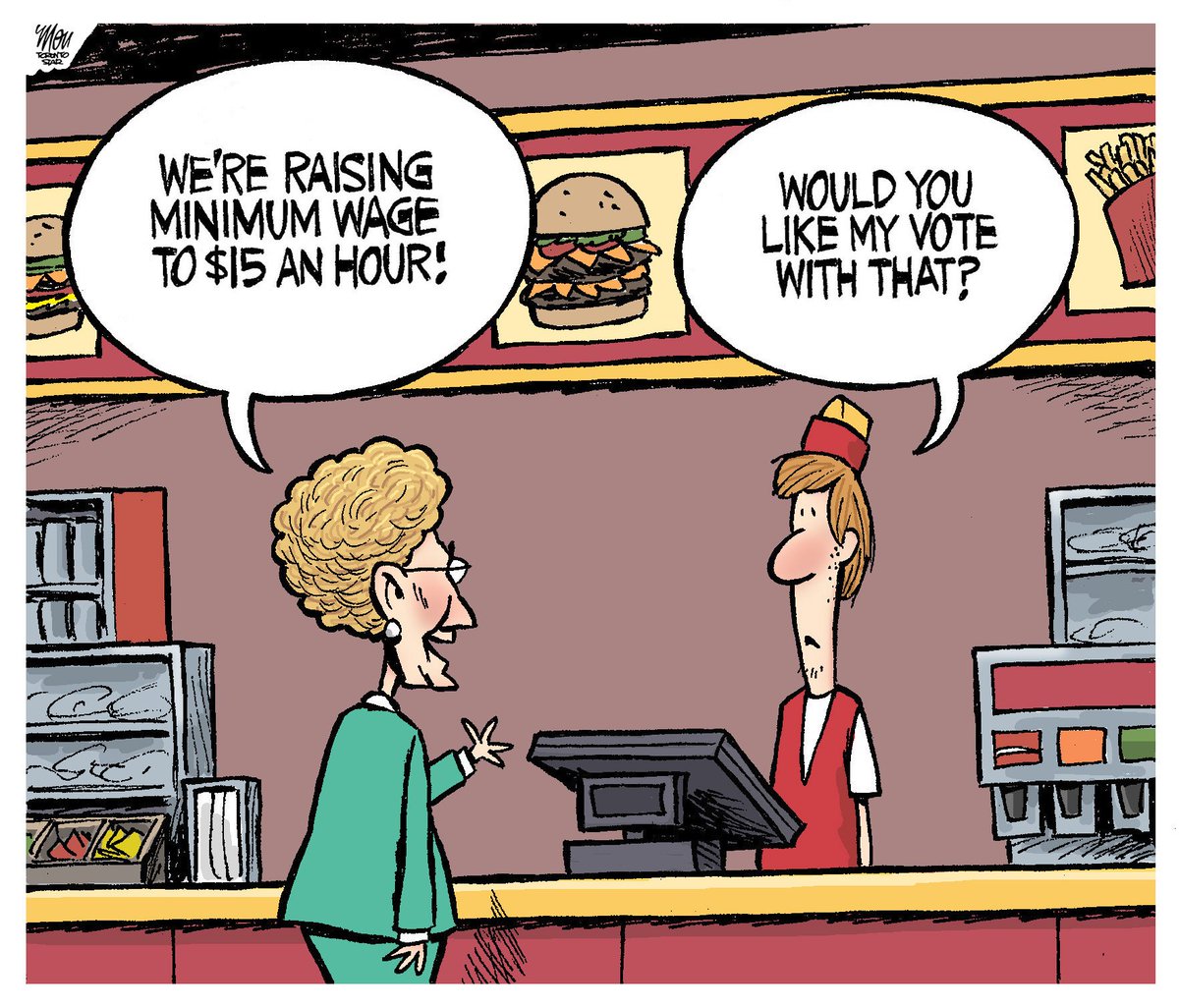 Whole Foods Proves Failure of Socialist Democrats’ Agenda: Socialism has long been sold as the political party that supports the working class and who promises to make things better for the working class.

That’s the promise that helped socialists drive the 1917 Revolution in Russia that overthrew the ruling monarchy. It was the promise that led the people to elect socialist leaders in Venezuela. They are the same promises being made by Democrats, which are really socialists, in order to get the votes of millions of working Americans.

One of the promises being made by socialist Democrats is raising the federal minimum wage to $15 per hour. They claim that this will allow millions of Americans making at or near minimum wage, to be able to provide for themselves and their family.


For several years, Democrats in some areas of the nation have raised the minimum wage in their cities, not waiting for a raise in the federal minimum wage. The first major location Democrats pushed their increased minimum wage was Seattle who did this in 2015.

“A report from the University of Washington (UW), found that when wages increased to $13 in 2016, some companies may have responded by cutting low-wage workers’ hours. The study, which was funded in part by the city of Seattle, found that workers clocked 9% fewer hours on average, and earned $125 less each month after the most recent increase.”

The next Democratic controlled city to raise the minimum wage was New York City. So, how did this help workers in the Big Apple? Reports coming out of New York City say that Applebee’s restaurants have cut their work force by over 1,000 employees. The reports also state that at least 1,000 restaurants have either closed their doors or moved out of the city due to the increase of the minimum wage.

Figuring that between cooks, waiters, waitresses, busboys, cleaning staff, management and other employees, each restaurant employed anywhere from 10 to 50 workers, losing 1,000 restaurants means that the city lost somewhere between 10,000 to as many as 50,000 jobs, not counting the 1,000+ jobs that Applebee’s cut.

Applebee’s CEO of New York franchises Zane Tankel placed all of the blames directly on New York City Mayor Bill de Blasio and New York Gov. Andrew Cuomo, both socialist Democrats. He said that thanks to their raising the minimum wage, the Applebee’s restaurants in the city, which were famous for their service, went from 1 server for every 3-4 tables to 1 server for 10 tables.

In order to pay the increased minimum wage, the restaurants were forced to cut up to two-thirds of their staff. Tankel commented: “The model now that we’re heading towards – where we had one server for three or four tables – we’re moving towards one server for 10 tables … eliminating about two-thirds of our labor ultimately, but it’s because of Cuomo, De Blasio – the liberal agenda.”

“If you don’t have a job, $100 an hour doesn’t help you a whole lot, does it?” One would think that after the increased minimum wage failed so miserably in Seattle and New York City, that they would learn from their mistakes, but no one ever said that socialists are that smart or reasonable. 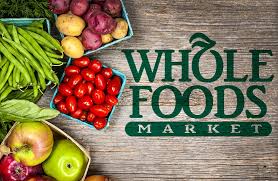 Amazon is run by socialist Democrats and they finally succumbed to the pressure to raise their minimum wage and guess what? Yep, the same thing that happened in Seattle and New York City is happening in Amazon owned Whole Foods grocery stores, per this report:

“All Whole Foods employees paid less than $15 an hour saw their wages increase to at least that, while all other team members received a $1 an hour wage increase and team leaders received a $2 an hour increase.”

“But since the wage increase, Whole Food employees have told the Guardian that they have experienced widespread cuts that have reduced schedule shifts across many stores, often negating wage gains for employees.”

“My hours went from 30 to 20 a week,” said one Whole Foods employee in Illinois.”  Workers interviewed for this story were reluctant to speak on the record for fear of retaliation.

“The Illinois-based worker explained that once the $15 minimum wage was enacted, part-time employee hours at their store were cut from an average of 30 to 21 hours a week, and full-time employees saw average hours reduced from 37.5 hours to 34.5 hours. The worker provided schedules from 1 November to the end of January 2019, showing hours for workers in their department significantly decreased as the department’s percentage of the entire store labor budget stayed relatively the same.”

“We just have to work faster to meet the same goals in less time,’ the worker said. An internal email shared by the employee from their department manager cited the across-the-board shift cuts as ‘the direct result of guidance from our regional team’.

In Maryland, another Whole Foods worker said their regional management is forcing stores to cut full-time employee schedules by four hours, to 36 hours a week. “This hours cut makes that raise pointless as people are losing more than they gained and we rely on working full shifts,” the worker said.

Another Whole Foods employee in Oregon noted: “At my store all full-time team members are 36 to 38 hours per week now. So what workers do if they want a full 40 hours is take a little bit of their paid time off each week to fill their hours to 40. Doing the same thing myself.”

If you think this will stop the insanity for the push for raising the federal minimum wage, you are so very wrong. Socialist Democrats will continue to push until they have ruined the lives of many millions of workers and tens of thousands of businesses.

They won’t be happy until they have destroyed America and turned our nation into an economic wasteland, providing them with the opportunity to establish their socialist federal government which will enslave all those millions of workers, making them dependent upon the government. 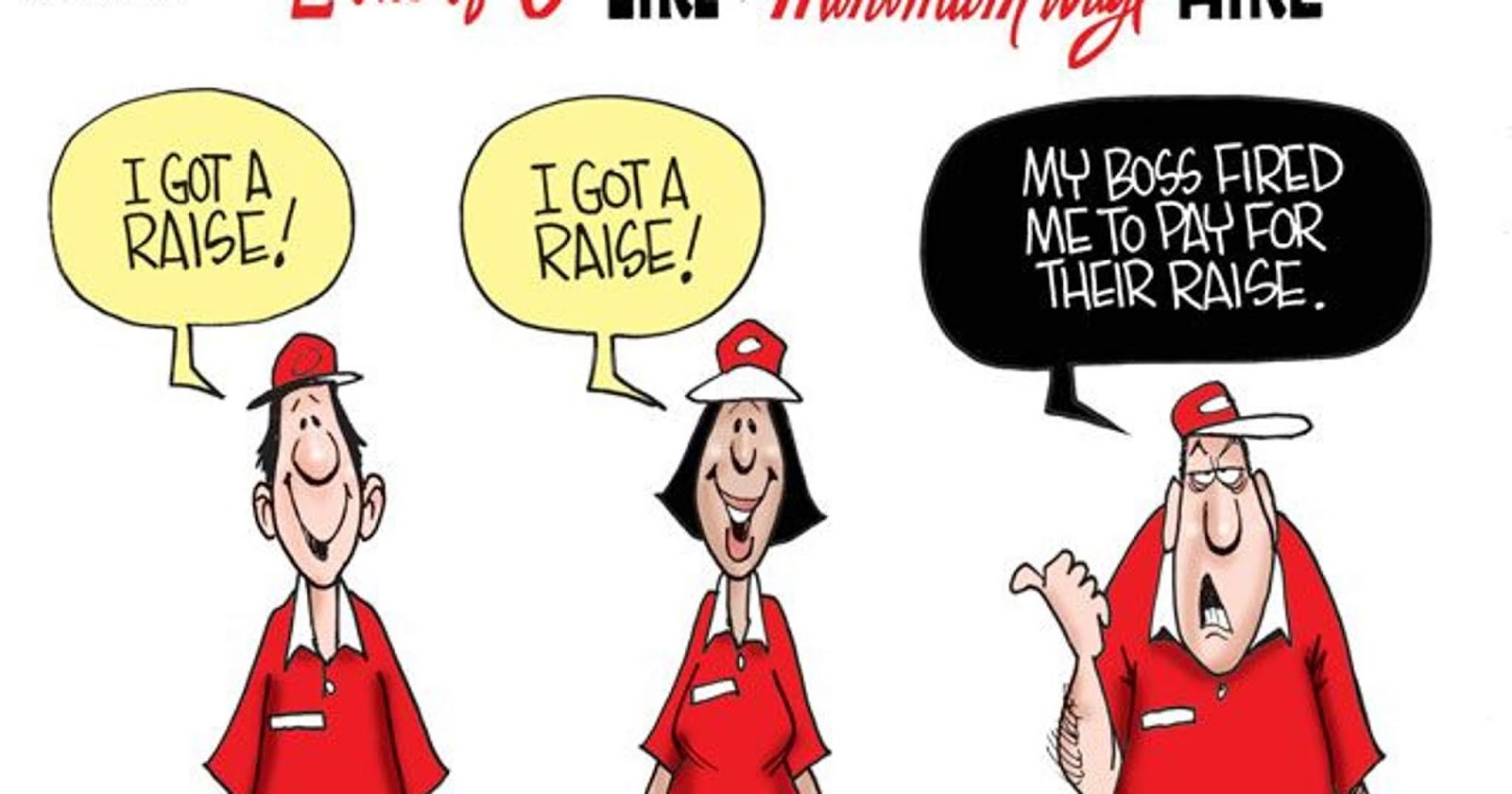