LHC Just Found The Evidence Why Our Universe Exists

(Stephanie Pappas’s article from The LIVE SCIENCE on 22 March 2019.)

World's Largest Atom Smasher (Large Hadron Collider – LHC) May Have Just Found Evidence for Why Our Universe Exists: For the first time ever, physicists at the world’s largest atom smasher have observed differences in the decay of particles and antiparticles containing a basic building block of matter, called the charm quark.

The finding could help explain the mystery of why matter exists at all. "It's a historic milestone," said Sheldon Stone, a professor of physics at Syracuse University and one of the collaborators on the new research.

Clearly, that didn't happen. Instead, about 1 in a billion quarks (the elementary particles that make up protons and neutrons) survived. Thus, the universe exists. What that means is that particles and antiparticles must not behave entirely identically, Stone told Live Science. They should instead decay at slightly different rates, allowing for an imbalance between matter and antimatter. Physicists call that difference in behavior the charge-parity (CP) violation.


The notion of the CP violation came from Russian physicist Andrei Sakharov, who proposed it in 1967 as an explanation for why matter survived the Big Bang. "This is one of the criteria necessary for us to exist," Stone said, "so it's kind of important to understand what the origin of CP violation is."

There are six different types of quarks, all with their own properties: up and down, top and bottom and charm and strange. In 1964, physicists first observed the CP violation in real life in strange quarks. In 2001, they saw it happen with particles containing bottom quarks. (Both discoveries led to Nobel prizes for the researchers involved.) Physicists had long theorized that it happened with particles containing charm quarks, too, but no one had ever seen it.

Charmed, I'm sure: Stone is one of the researchers on the Large Hadron Collider (LHC) beauty experiment, which uses CERN's Large Hadron Collider, the 16.5-mile (27 kilometer) ring on the French-Swiss border that sends subatomic particles careening into one another to re-create the flashes of mind-boggling energy that followed the Big Bang. As the particles smash into each other, they break into their constituent parts, which then decay within fractions of a second to more stable particles.

Both of these mesons decay in many ways, but some small percentage of them end up as mesons called kaons or pions. The researchers measured the difference in decay rates between the D0 and the anti-D0 mesons, a process that involved taking indirect measurements to ensure they weren't just measuring a difference in the initial production of the two mesons, or differences in how well their equipment could detect various subatomic particles.

The bottom line? The ratios of decay differed by a tenth of a percent. "This means the D0 and the anti-D0 don't decay at the same rate, and that's what we call CP violation," Stone said.

And that makes things interesting. The differences in the decays probably isn't big enough to explain what happened after the Big Bang to leave behind so much matter, Stone said, though it is large enough to be surprising. But now, he said, physics theorists get their turn with the data.

Physicists rely on something called the Standard Model to explain, well, everything at the subatomic scale. The question now, Stone said, is whether the predictions made by the Standard Model can explain the charm quark measurement the team just made, or if it will require some sort of new physics — which, Stone said, would be the most exciting outcome.

"If this could only be explained by new physics, that new physics could contain the idea of where this CP violation is coming from," he said. 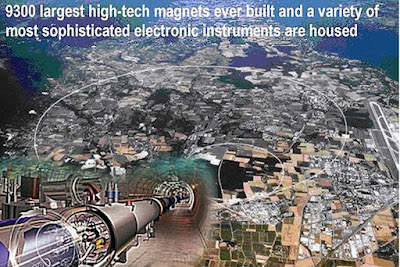 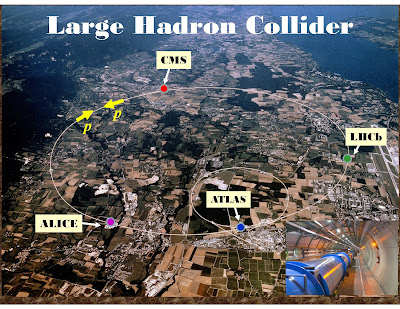 Quarks (From Wikipedia, the free encyclopedia)

A quark is a tiny particle which makes up protons and neutrons. Atoms are made of protons, neutrons and electrons. It was once thought that all three of those were fundamental particles, which cannot be broken up into anything smaller. 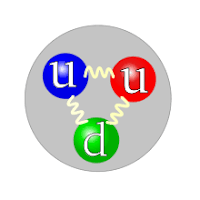 When two or more quarks are held together by the strong nuclear force, the particle formed is called a hadron. Quarks that make the quantum number of hadrons are named 'valence quarks'. The two families of hadrons are baryons (made of three valence quarks) and mesons (which are made from a quark and an antiquark).

When quarks are stretched farther and farther, the force that holds them together becomes bigger. When it comes to the point when quarks are separated, they form two sets of quarks, because the energy that is put into trying to separate them is enough to form two new quarks.

A picture of a neutron: The 'u' stands for an up quark, and the 'd' stands for a down quark. A neutron is made of three quarks, and is a baryon (a type of hadron). The colors represent the colour strong force in quantum theory.

The idea (or model) for quarks was proposed by physicists Murray Gell-Mann and George Zweig in 1964. Other scientists began searching for evidence of quarks, and succeeded later in 1968. 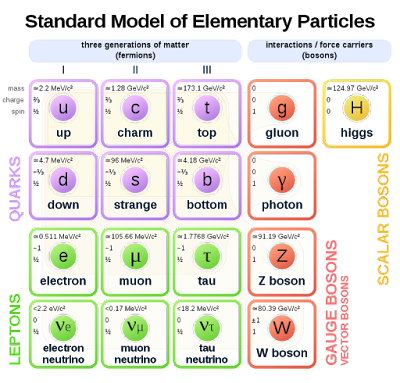 A four-by-four table of particles: Columns are three generations of matter (fermions) and one of forces (bosons). In the first three columns, two rows contain quarks and two leptons. The top two rows' columns contain up (u) and down (d) quarks, charm (c) and strange (s) quarks, top (t) and bottom (b) quarks, and photon (γ) and gluon (g), respectively.

Six of the particles in the Standard Model are quarks (shown in purple). Each of the first three columns forms a generation of matter.