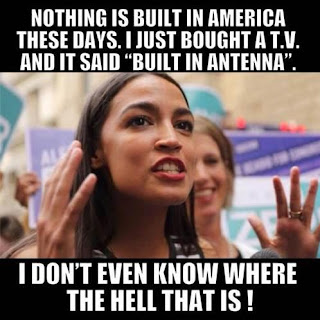 Most voters stayed home for stunning Alexandria Ocasio-Cortez win: Here’s what you get when you hold primary elections in June: A tiny percentage of party voters determine the congressional candidates. Even in the most competitive races Tuesday, more than 80 percent of eligible voters stayed home.

In the race that caused an earthquake in the Democratic Party, 28-year-old newcomer Alexandria Ocasio-Cortez upset longtime Rep. Joe Crowley, 57 percent to 42 percent. But only about 13 percent of registered Democrats turned out to vote in the 14th Congressional District that takes in parts of Queens and the Bronx, according to a preliminary city Board of Elections tally.

There are 214,750 active registered Democratic voters in the district. Only 27,744 voted, and Ocasio-Cortez won by just over 4,000 votes. In another hotly contested race in Brooklyn’s 9th Congressional District, Rep. Yvette Clarke squeaked by insurgent Adem Bunkeddeko 52 to 48 percent. But turnout was only about 9 percent — with 28,266 out of 313,949 eligible Democrats voting.


The highest turnout was in the feisty GOP primary in the 11th Congressional District covering Staten Island and south Brooklyn, by far the city’s most high-profile race. Rep. Dan Donovan trounced former Congressman Mike Grimm, 63 to 36 percent. There are 110,000 registered Republicans in the district and 20,079 — or about 18 percent — voted. Even here, more than four in five voters took a pass.

In another closely watched race in the 12th Congressional District covering the East Side of Manhattan and the waterfront communities of Queens and Brooklyn, Rep. Carolyn Maloney beat back a spirited challenge from hot-shot hotel magnate Suraj Patel, 58 percent to 42 percent. About 16 percent of registered Democrats cast ballots — 41,391 out of 259,877, preliminary figures show.

And in the 5th Congressional District that takes in southeast Queens and parts of Nassau County, only 12,079 Democrats voted in the three-way Democratic primary — or about 4 percent of 298,385 active voters. The incumbent, Rep. Gregory Meeks, won re-election with just 9,803 votes, or 84 percent of the total.

In New York City, the winner of the Democratic primary almost always wins the general election because of the enrollment edge over Republicans. “Given the competitiveness of some of the races, I would have hoped the turnout would have been higher — but it wasn’t,” said Steve Romalewski, director of mapping at the CUNY Graduate Center, who analyzed the results.

He said he was surprised that the turnout was even “disappointingly low” in the Donovan-Grimm contest, which pitted a congressman against a well-known former congressman. President Trump also drew attention to the race by backing Donovan. Voters generally turn out in much higher percentages in the general election than primaries.

But New Yorker powerbrokers make matters worse by holding two separate primaries — one for congressional races in June and another for state legislative races in September — preceding the general election in November. “It’s voter burnout — not voter turnout,” Romalewski said.

“The state Legislature could change the date of the primary to encourage higher turnout, but they don’t.” The year’s results generally mirror the low turnout of prior years, Romalewski said.

Because of these government-supervised-and-funded Primary elections most political candidates are forced into either Republican or Democratic camp. The Primary elections strictly enforce a rigid two party system - the status quo of the ruling class like Bushes and Clintons - in the United States.

The rising popularity of so-called Democratic Socialists such as Latino Ocasio-Cortez mainly due to the massive inflow of left-leaning Latinos into the cities like New York will eventually implode the Democratic Party, I believe, unless US abolishes the Primary and relaxes rigid two party electoral system.)