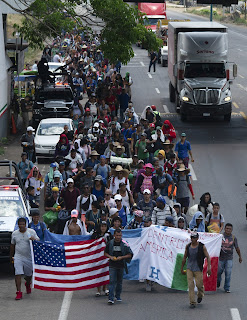 MEXICO CITY (AP) — Mexico is bracing for the possible arrival of the “mother of all caravans,” even as doubts arise over whether the group of Central American migrants will be all that big.

Interior Secretary Olga Sanchez Cordero has said a caravan of migrants from El Salvador, Honduras and Guatemala could be forming. “We have information that a new caravan is forming in Honduras, that they’re calling ‘the mother of all caravans,’ and they are thinking it could have more than 20,000 people,” Sanchez Cordero said Wednesday.

But a WhatsApp group calling for people to gather Saturday in El Salvador to set off for Guatemala only has about 206 members. Activist Irineo Mujica, who has accompanied several caravans in Mexico, said reports about “the mother of all caravans” were false, claiming “this is information that (U.S. Homeland Security Secretary Kirstjen) Nielsen is using to create fear.”


His group, Pueblo Sin Fronteras, said in a statement there was no evidence the new caravan would be that large, noting “there has never been a caravan of the size that Sanchez Cordero mentioned.” Indeed, past caravans hit very serious logistical hurdles at 7,000-strong. He and others suspect the administration of President Donald Trump may be trying to fan fears of a big caravan to turn the U.S. national agenda back to the immigration issue.

Honduran activist Bartolo Fuentes, who accompanied a large caravan last year, dismissed the new reports as “part of the U.S. government’s plans, something made up to justify their actions.”

Later Thursday, Honduras’ deputy foreign minister, Nelly Jerez, denied that a “mother of all caravans” was forming in her country. “There is no indication of such a caravan,” Jerez said. “This type of information promotes that people leave the country.”

A caravan of about 2,500 Central Americans and Cubans is currently making its way through Mexico’s southern state of Chiapas. The largest of last year’s caravans in Mexico contained about 7,000 people at its peak, though some estimates ran as high as 10,000 at some points.

Mexico appears to be both tiring of the caravans and eager not to anger the United States. It has stopped granting migrants humanitarian visas at the border, and towns along the well-traveled route to Mexico City sometimes no longer allow caravans to spend the night.

Mexican President Andres Manuel Lopez Obrador said Thursday that Mexico is doing its part to fight immigrant smuggling. “We are going to do everything we can to help. We don’t in any way want a confrontation with the U.S. government,” he said. “It is legitimate that they are displeased and they voice these concerns.”

Sanchez Cordero has pledged to form a police line of “containment” around Mexico’s narrow Tehuantepec Isthmus to stop migrants from continuing north to the U.S. border. The containment belt would consist of federal police and immigration agents, but such highway blockades and checkpoints have not stopped large and determined groups of migrants in the past. 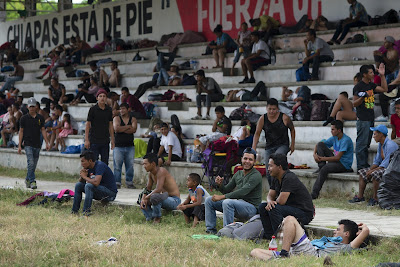 Trump Threatens to Close Border Next Week ‘If Mexico Doesn’t Immediately Stop All Illegal Immigration’: President Donald Trump revealed in a late Friday morning tweet storm that unless Mexico immediately and completely end all illegal immigration into the United States, he plans to close down the border, or large sections of the border, next week.

While Fox News’ morning show Fox & Friends warned of a “Mother of All Caravans” gathering in the coming days, illegal immigration appears to have risen back to the top of the list of issues the White House is eager to talk about.

“The DEMOCRATS have given us the weakest immigration laws anywhere in the World. Mexico has the strongest, & they make more than $100 Billion a year on the U.S. Therefore, CONGRESS MUST CHANGE OUR WEAK IMMIGRATION LAWS NOW, & Mexico must stop illegals from entering the U.S.... 2:23 AM - Mar 30, 2019

“through their country and our Southern Border. Mexico has for many years made a fortune off of the U.S., far greater than Border Costs. If Mexico doesn’t immediately stop ALL illegal immigration coming into the United States throug our Southern Border, I will be CLOSING..... 2:37 AM - Mar 30, 2019

“the Border, or large sections of the Border, next week. This would be so easy for Mexico to do, but they just take our money and “talk.” Besides, we lose so much money with them, especially when you add in drug trafficking etc.), that the Border closing would be a good thing! 2:43 AM - Mar 30, 2019”

It’s not clear what the exact meaning of this presidential fiat means, as Mexico cannot literally be held accountable to ALL illegal immigration coming into the United States — southern border or not — though Trump is certainly talking about undocumented migrants crossing the U.S.-Mexico border.

President Trump took a significant political hit just a few months ago when he effectively shut down the government over the lack of funding he requested for building a border wall. Since then he has declared a national emergency to release his much-desired funds, though practically speaking, that effort has not been effective as it tied up in legislative and legal delays. 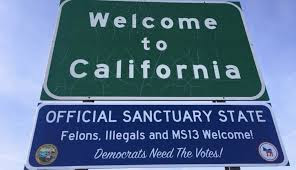 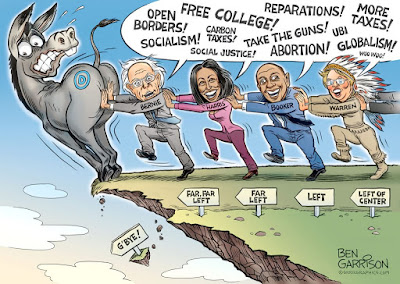