Free Speech Dying In New Zeland After The Massacre

(Sarah Cowgill’s article from The LIBERTY NATION on 29 March 2019.) 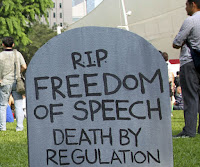 Free Speech Dying In NZ After Christchurch Shooting: Mass shooter’s video and manifesto banned in NZ – on penalty of a decade or more in prison.

New Zealand is finding their latest edict to be a sticky wicket in the world of government transparency.  Just days after the mass shooting at two mosques in Christchurch, New Zealand that left 50 people dead and as many wounded, the country’s Chief Censor David Shank ordered the attacker’s manifesto banned forever in their country.

New Zealanders who dare to share the forbidden document with others face up to 14 years in prison –while the mere possession of the blueprint for violence and terror comes with a 10-year sentence. The strict law follows the declaration made by Prime Minister Jacinda Ardern that she would never speak the gunman’s name again.


To Censor Or Not

But many New Zealanders wonder if the ban goes too far – at least for learning purposes – and comes near to stifling free speech and the resulting discourse. Shanks claimed the tough decision came after he and his staff discussed repercussions of having the document made public:

“There is an important distinction to be made between ‘hate speech,’ which may be rejected by many right-thinking people, but which is legal to express, and this type of publication, which is deliberately constructed to inspire further murder and terrorism.  It crosses the line.”

The 80-page manifesto explained the reasoning behind the attacks, including future planned atrocities for killing children and encouraging acts of terrorism, a blueprint of places to target, and different methods to accomplish as much death and fear as possible.

Tough decision indeed.  Yet critics ask if the ban goes too far.

When a government hides a controversial finding or, in this case, a document from constituents, it creates an atmosphere of mystery, increases interest, temptation. The hidden thing becomes the proverbial forbidden fruit.

One needs to only look at the conspiracy theories being spawned by Democrats over the Mueller Report to understand an increased interest in what appears to be information the government has and doesn’t want to share.

Stephen Franks, a constitutional lawyer and spokesman for the Free Speech Coalition, warned of unintended consequences: “People are more confident of each other and their leaders when there is no room left for conspiracy theories, when nothing is hidden…  The damage and risks are greater from suppressing these things than they are from trusting people to form their own conclusions and to see evil or madness for what it is.”

A 28-year-old Australian man, Brenton Tarrant, unleashed his deep-seated hate on March 15 – a day that New Zealanders will never forget.  But it appears they believe if there is no mention, vilifying, or railing against, they will have risen above the terrorist’s need for attention.

Section 14 of the New Zealand Bill of Rights Act 1990 (BORA) states that “Everyone has the right to freedom of expression, including the right to seek, receive, and impart information and opinions of any kind in any form.”

They also have adopted the United Nations International Covenant on Civil and Political Rights (ICCPR) that allows under article 19(3) that freedom of speech can be limited in order to: “respect the rights and reputations of others; and protect national security, public order, or public health and morals.”

The ban on the manifesto falls neatly into ICCPR article 19 (3). The right to freedom of speech in New Zealand’s BORA is not explicitly protected by law.

Tarrant’s manifesto could provide a deep dive into what makes a hatred so deep as to cause mass destruction against one culture.  It’s of profound interest to law enforcement agencies world-wide, as well as those in the mental health profession.

The manifesto ban is the second of Shanks’ restrictions on Tarrant – the first was the banning of a 17-minute helmet cam video that Tarrant recorded while in the throes of his spree killing, which he posted on social media.

But Shanks has also stated that journalists may apply for exemptions on both the video and document. Danish journalist Claus Blok Thomsen, who works for Politiken, is against the ban, claiming this type of censorship was looked down upon by actual victims of horrendous crimes.  Thomsen related interviews with victims’ families and survivors of another criminal:

“They said when we start to censor ourselves, we just make him into a martyr.  We are not able to learn how mad this guy was, what his thinking was, until everything is out in the light.”

Keeping quiet may not be the best plan for a vulnerable nation. 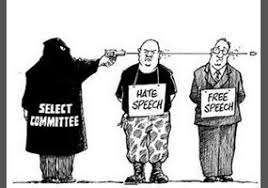 An 18-year-old man who shared a Face Book video of Friday’s terrorist attack in Christchurch, New Zealand has been charged with distributing the video and inciting violence.

The man allegedly posted a photo of one of the mosques targeted in Friday’s attacks with the words “target acquired.” He faces up to 28 years in prison, according to Nine News Australia.

The man, who can’t be named because of a court order, was not involved in the terrorist attack but is being charged with one count of sharing an obscene video and another count of inciting violence. Aside from sharing the video and a hateful photo, the man allegedly incited violence through his chat messages. The social media platform the man was using has not been revealed and it’s not clear who saw the messages.

The 18-year-old was denied bail by District Court Judge Stephen O’Driscoll on Monday and will return to court on April 8, according to a report from Australia’s News Corp.

The terrorist video was first livestreamed by the 28-year-old gunman on Facebook and then spread quickly across platforms like YouTube and Twitter. The gunman, a white supremacist who cited Donald Trump as “a symbol of renewed white identity” in his manifesto, killed 50 and wounded dozens more at two mosques before being captured by police.

“We’re aware that for a time after the attacks, this video was widely available on social media and many New Zealanders saw it, sometimes without meaning to,” Shanks said in a statement. “It’s important people are now clear they should not view, download or share the video.”

New Zealand authorities have the power to ban certain video and images under the Films, Videos & Publications Classification Act 1993. Facebook did not immediately respond to a request for comment from Gizmodo about whether it has received requests for information regarding people who shared the video on its platform.

New Zealand is far from the only country that bans certain videos from being shared. India has recently banned some political critics from social media in the run-up to its elections on April 11, Russia announced this week that it was banning “fake news” along with criticism of government officials, and Egypt announced today that it would put in place tighter censorship for all social media accounts with over 5,000 followers.

Shanks admitted that it’s tough to police social media in New Zealand, but insisted that making the video illegal to view would hopefully help it from spreading much further.

“The argument that social media platforms have around this is that they operate like a phone company, that they’re not responsible for what is put on their platforms and delivered through their platforms,” Shanks said on local radio, in remarks similar to what New Zealand Prime Minister Jacinda Ardern said this morning. Ardern said that social media companies can’t simply be about “all profit, no responsibility.”

“It’s a matter of taking stock of what we’ve got,” Shanks said of the ban. “Now there is action that can be taken for those who are posting, reporting and publishing this material.” 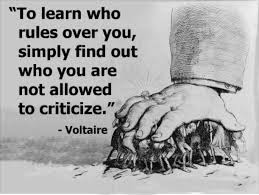 Danish people jeering and booing at Muslims lifting their arses in denouncing
Christchurch massacre. If Kiwis do that in New Zeland they will be arrested.
Posted by Hla Oo at 6:47 AM