In early January this year, Alexandria Ocasio-Cortez became the youngest woman ever to serve in the United States Congress. There are many other things that catch your attention about this feisty young woman, better known by her shorter and catchier nickname – AOC.

Born in Bronx, of Puerto Rican parents, Ocasio-Cortez is only 29 years old. She is a member of the Democratic Socialists of America, an organization that ‘fights for reforms that empower working people.’ And the day she was sworn-in, she wore all-white.

“To honor the women who paved the path before me, and for all the women yet to come. From suffragettes to Shirley Chisholm, I wouldn’t be here if it wasn’t for the mothers of the movement,” she wrote on Twitter. She is also a social media star. I decided to follow her on Twitter and Instagram.


And then I noticed something interesting within her Instagram posts. A video of a scruffy-looking young man, wearing a moss green t-shirt with Netaji Subhas Chandra Bose’s face embossed on it. My Bengali Leftist sentiments were immediately jolted awake. In today’s world, who finds significance in Bose? Let alone find it through a sartorial statement in the United States. Meet Saikat Chakrabarti, the chief of staff of Ocasio-Cortez. He is also Bengali-American.

Born in Fort Worth, Texas, Chakrabarti is a Harvard graduate. Like millions of others, he spent years in Silicon Valley. Even co-founding a web design tool named Mockingbird and working on the product team of payment processor Stripe. In between, he walked the corridors of Wall Street for a while.

But unlike many, he left all that behind to join the Bernie Sanders campaign. He later told the Rolling Stone magazine that even though he wasn’t “entirely sure he [Sanders] had all the right solutions,” he knew “he was talking about the right problems.”

While working on the Sanders campaign, Chakrabarti met Alexandra Rojas and Corbin Trent. Together they co-founded Justice Democrats, a political action committee whose one-line introduction says, “Our time – it’s time to usher in a new generation of diverse working class leaders into the Democratic Party. A Democratic Party that fights for its voters, not just corporate donors.”

Justice Democrats and Brand New Congress, a similar committee also co-founded by Chakrabarti, worked together to recruit candidates by engaging with the masses. According to indiaabroad.com that quotes Beat DC, “party affiliation didn’t matter; candidates had to want health care for all, a living wage, and to want money to rule all in politics.”

Out of the thousands of applications they received, Chakrabarti’s team supported 12 candidates for the Democratic Primaries. The success story of this campaign was the one of Ocasio-Cortez – the only one who was elected to the US Congress. Chakrabarti became her campaign manager and eventually her chief of staff.

The thirty-two year old Chakrabarti is perhaps a die-hard socialist and his pet project seems to be the Green New Deal, an eleven-page google document written by Ocasio-Cortez’s staff over one weekend with the goal to address both economic inequality and climate change. The New Yorker refers to it as the thing that, ‘in the past month has come to define the progressive cause in Washington.’

Chakrabarti told the magazine, “We spent the weekend learning how to put laws together. We looked up how to write resolutions.” Everybody involved in drafting the document was doing it for the first time. Hopefully they will also experience first-hand success.

Just a few days ago, Chakrabarti was named in Politico’s Power List. He told Politico, “Another thing to really do over the next two years is to basically show the American people what will be possible if the Democrats win the House, the Senate and the presidency in 2020, and that means putting our best foot forward. It means putting the most ambitious, the boldest, the biggest things we can, and then just build a movement around that.”

At a time when the Bengali Leftist movement is at its lowest at home, is it seeing a revival at the centre of the bastion of Capitalism? 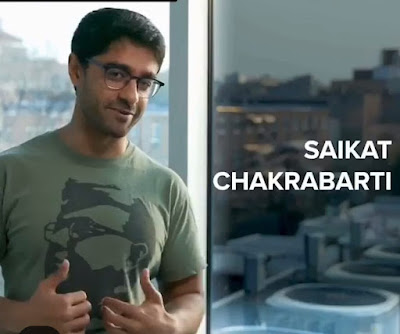 Ocasio-Cortez’s chief of staff might have broken campaign finance laws: The most powerful person in Rep. Alexandria Ocasio-Cortez’s office is a tech millionaire with homes in the West Village and Maryland, who is behind a set of inter-related companies raising ethical eyebrows with good-government groups.

Saikat Chakrabarti, 33, is the hard-left freshman’s chief of staff — the brains behind initiatives like the Green New Deal and the founder of a trio of companies that catapulted Ocasio-Cortez into Congress. But those companies raise red flags with government-watchdog groups who say Chakrabarti may have skirted campaign finance law.

But PACs are not vendors and cannot provide more than $5,000 a year worth of services for any single candidate, according to FEC regulations. If candidates go above this amount, they need to seek advice directly from the FEC.

“They believe their cause is so great that they don’t have to play by the rules,” said Tom Anderson, who heads up the Government Integrity Project at the National Legal and Policy Center in Virginia, a conservative watchdog group. “They believe that they are above campaign finance law.”

“It was payment for services,” Ocasio-Cortez spokesman Corbin Trent told The Post, insisting that both the campaign and the PAC followed FEC rules and that they sought advice from an elections lawyer. 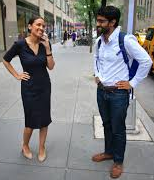 Brand New Congress, another PAC that Chakrabarti founded to support lefty candidates, paid Ocasio-Cortez’s boyfriend $6,000 in 2017, filings show. The payment to Riley Roberts was made at the same time that Ocasio-Cortez’s campaign paid Brand New Congress LLC $18,880 for “strategic consulting.” Chakrabarti justified the payment last month, saying it was for online fund-raising services, but a conservative watchdog group disagrees.

“The timing and amounts of these transactions, the use of two affiliated entities as intermediaries, the vague and amorphous nature of the services Riley ostensibly provided, the magnitude of these transactions compared to both the limited funds the campaign had raised at the time . . . and the romantic relationship . . . collectively establish reason to believe these transactions may have violated campaign finance law,” reads an FEC complaint filed last week by the Coolidge Reagan Foundation.

An FEC spokesman refused to comment Friday, citing a rule that the agency could not publicly discuss individual campaigns. “We believe that complaint is politically motivated, basically intended to create a political story,” Trent said, adding that Chakrabarti was no longer involved with the groups he founded when he became AOC’s campaign manager in February 2018.

Chakrabarti, a Bengali-American, who grew up in Texas and graduated from Harvard with a computer science degree, directed social-media tech for Democratic Sen. Bernie Sanders’ 2016 presidential campaign. That same year he launched Brand New Congress in hopes of boosting hundreds of young, progressive candidates into public office.

“Leadership starts with our choices,” Ocasio-Cortez tweeted on Feb. 22. “We pinch pennies elsewhere, but it’s worth every dime to pay a living wage.” Under congressional ethics rules, staffers who earn less than $126,148 are not required to report assets and other income. 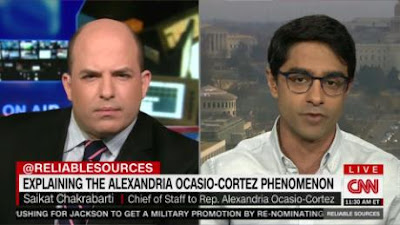 Hundreds didn’t exactly pan out. But one major star emerged from that process: Alexandria Ocasio-Cortez, who shocked the political world this summer with a primary upset over rising party leader Joe Crowley (N.Y.). Now Ocasio-Cortez is headed to Congress, with Chakrabarti as chief of staff.

Though they’ve been in Washington for only a few weeks, they’re already making a splash — clashing with incoming committee chairmen, joining a protest in Nancy Pelosi’s office and agitating for newly empowered Democrats to stake out ambitious goals on climate change. Chakrabarti turned heads by saying on a call, “We gotta primary folks.”

It’s all part of a broader strategy to deploy inside-out organizing, Chakrabarti said. Staying connected to the progressive movement — and the public eye — through attention-grabbing demonstrations and social media is part of gaining policy leverage. In other words: Don’t expect them to back down.

“When you shoot for big stuff, you stay true to the movement, you fight unapologetically on the inside, that is a very, very powerful way to pass the radical solutions that are necessary to face the radical problems that you have,” he said.

Chakrabarti isn’t naive about the prospect of passing major liberal legislation with a Republican Senate and Donald Trump in the White House. And he wants to seek bipartisan achievements, citing the Senate effort to end support for the Yemen war as an example. But he also has his eye on the long game, name-checking everything from the abolitionist movement to the country’s economic mobilization during World War II.

He has big policy dreams, like a “Green New Deal,” which would tackle everything from mitigating climate change to transforming the American economy, and criminal justice reform. He wants to lay the groundwork now to make them realities.

“Another thing to really do over the next two years is to basically show the American people what will be possible if the Democrats win the House, the Senate and the presidency in 2020, and that means putting our best foot forward,” Chakrabarti said. “It means putting the most ambitious, the boldest, the biggest things we can, and then just build a movement around that.”

That approach doesn’t surprise Alexandra Rojas, executive director of Justice Democrats, the successor to Brand New Congress. She first met Chakrabarti on the Sanders campaign, where they regularly pulled 15-hour days. “We’re in a very do-or-die moment, and I think he embodies the integrity of fighting for a better world,” she said. “He’s a progressive force.”

Though Chakrabarti is shifting from outside activist to inside player, he’s no stranger to career transitions. The 32-year-old Fort Worth native came to the Sanders campaign after growing disillusioned with the tech world. He co-founded Mockingbird, a web design tool, and then built up the product team at the payment processor Stripe. That followed a brief stint on Wall Street right out of Harvard.

Those earlier moves were propelled by a collegiate desire to start his own company, and the belief that technology was his generation’s way to change the world. Now he has his sights set squarely on the halls of power. “You have to decide to create the society you want to create,” he said, “and that’s done through politics.” 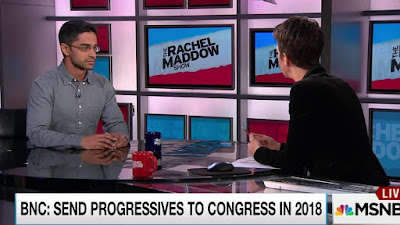