Congress - Kremlin Used Green Propaganda to Undercut U.S. Energy: America's hostile foreign enemies and large swaths of the U.S. “environmental” movement have something in common — and according to a new congressional report, it may be more than a coincidence.

A stunning investigation by the U.S. House Committee on Science, Space, and Technology uncovered evidence that Russian agents have been pushing pseudo-environmentalist propaganda through social media. The goal: derail the ongoing American energy boom.

Analysts and investigators suggested the Kremlin's scheming was almost certainly an effort to prop up its own energy sector, which is crucial to Russia's inefficient and largely state-controlled economy, as well as to its geopolitical influence. But despite the attempted Russian meddling in U.S. energy policy, America is still on track to become the world's largest producer of crude oil within five years.

The new congressional report released this month focuses particularly on the Kremlin's use of social media to promote “environmental” causes. But the efforts go beyond Internet trolls, which appear to represent the tip of a massive iceberg.


With the emergence of new technology and extraction methods, such as “fracking,” America is undergoing an energy revolution that threatens to defund various socialist and Islamist dictatorships, while breaking the Kremlin's energy stranglehold on Europe. Millions of high-paying U.S. jobs have also been created.

Plus, with President Donald Trump working to facilitate the energy boom after eight years of Barack Obama doing his best to quash it, America is now on the road to energy independence and beyond. But obviously, the Kremlin, which depends on energy exports for more than 50 percent of its government revenues, would be unhappy about the geopolitical implications. And so, it seems that Russian strongman Vladimir Putin's government got to work.

“Documents that the American social media companies produced for the Committee confirmed that Russian agents were exploiting American social media platforms in an effort to disrupt domestic energy markets, suppress research and development of fossil-fuels, and stymie efforts to expand the use of natural gas,” explains the report, headlined “Russian Attempts to Influence U.S. Domestic Energy Markets by Exploiting Social Media.”

Among other findings, congressional investigators uncovered almost 10,000 social media posts or tweets regarding U.S. energy policy or an energy-related event across three of the largest online platforms. That propaganda came through almost 4,500 separate accounts linked back to the Kremlin, the report found.

All of the scheming was traced to an increasingly high-profile “troll farm” based in Russia that was set up by Putin's government, the report said. “Twitter, Facebook, and Instagram were able to identify Russian accounts linked to the Internet Research Agency (IRA), a Russian company based in Saint Petersburg established by the Russian government for the purpose of deceptively using various social and traditional media platforms to advance Russian propaganda,” the congressional report explains. 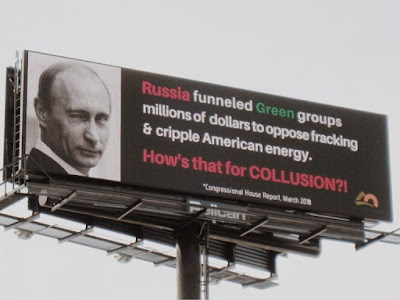 Russia Does Not Want US To Become The Biggest Oil Exporter

Among the targets of the Kremlin's online propagandists were U.S. pipelines, fossil fuels, alleged man-made “climate change,” and “other divisive issues to influence public policy” in the United States. Ironically, the environment and energy related posts represented more than forty percent of all the content pushed by the Russian trolls — compared with just eight percent having anything to do with the 2016 election.

In short, congressional investigators found that it was indisputable that Russia “exploited American social media as part of its concerted effort to disrupt U.S. energy markets and influence domestic energy policy.”

The reason, the report said, is that “America's emergence as a global energy exporter presents a significant threat to Russian energy interests.” That means Hillary Clinton's and Obama's policies aligned with the Kremlin's agenda, while Trump threatened all of it by opening up U.S. energy.

Lawmakers boiled it all down. “This report reveals that Russian agents created and spread propaganda on U.S. social media platforms in an obvious attempt to influence the U.S. energy market,” explained Congressman Lamar Smith (R-Texas), who chairs the U.S. House committee that produced the report.

“Russia benefits from stirring up controversy about U.S. energy production. U.S. energy exports to European countries are increasing, which means they will have less reason to rely upon Russia for their energy needs.”

“This, in turn, will reduce Russia’s influence on Europe to Russia’s detriment and Europe’s benefit,” Smith continued. “That’s why Russian agents attempted to manipulate Americans’ opinions about pipelines, fossil fuels, fracking and climate change. The American people deserve to know if what they see on social media is the creation of a foreign power seeking to undermine our domestic energy policy.”

While the establishment media spreads debunked conspiracy theories about Trump and the Kremlin, they have carefully avoided highlighting the real Russia scandals. But in fact, the new report by the House Science, Space and Technology Committee is not the first time evidence of Russia's meddling in U.S. energy has emerged. Reports from 2017 confirmed that the Kremlin had been using social media to undermine various U.S. energy projects.

For instance, the congressional report cites a Buzzfeed article from October of 2017 that exposed the Russian troll farm's use of a phony social media account dubbed “Native_Americans_United.” The fake account was used to promote protests and opposition against the Dakota Access Pipeline. It was also used to attack Americans as “racists” and to claim that “the land you live on is mine.”

RT, the Kremlin's international broadcaster, repeatedly hyped the Dakota Access Pipeline protests, as well. And as RT watchers have explained, there seems to be no fringe environmental cause or outfit that RT will not promote — as long as it is targeting the Western world, and the United States in particular. 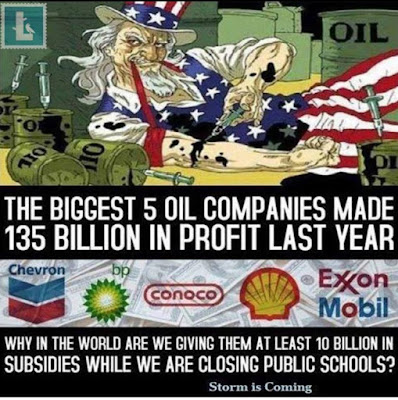 Earlier this year, meanwhile, a number of U.S. lawmakers started making noise about shocking revelations showing that Russian money was being funneled to American “environmental” groups via a shell corporation registered in Bermuda.

In particular, it emerged in a 2014 Senate investigation that “Klein Ltd.,” the shell corporation controlled by Putin cronies and Russian energy interests, had funneled almost $25 million to the “Sea Change Foundation.”

This shady San Francisco-based foundation is then used to distribute Russian dark money to American “environmental” groups dedicated to promoting the man-made global-warming hypothesis and opposing the use and extraction of oil, coal, and other energy resources.

Lawmakers are now working to end loopholes in the Foreign Agent Registration Act that allow these Kremlin-backed “environmentalist” groups to push Russian interests in America without oversight.

A number of anti-American, anti-freedom globalist bigwigs dubbed the “Billionaires' Club” have also been bankrolling the pseudo-environmentalist movement in the United States, according to a Senate investigation. Investigators found that this network of mega-wealthy establishment globalists funding the “green” movement may have even been doing so in violation of federal laws.

The investigation determined that the lawless figures had actually managed to capture entire federal bureaucracies, hijacking them to write policies that benefit the “Billionaires' Club” at America's expense. The Rockefeller dynasty, and especially late patriarch and confessed anti-American conspirator David Rockefeller, have been key players, according to an investigation by the Energy and Environment Legal Institute (E&E Legal).

Of course, U.S. energy policy is hardly the only area in which the Russian government has been trying to manipulate Americans. As The New American reported last year, the Kremlin was also caught trying to inflame racial tensions in the United States by promoting “Black Lives Matter” propaganda through social media.

According to multiple reports, the Russian propaganda specifically targeted areas where unrest was already under way, including Ferguson, Missouri, and Baltimore, Maryland. While the revelations were originally reported by the “fake news” kingpins at CNN, obviously not a reliable source, they were later confirmed by multiple other sources. Again, the Kremlin's “Internet Research Agency” was at the heart of the scheming.

As the establishment media in the United States continue to discredit themselves by endlessly hyping the debunked “Russian collusion” narrative to defame President Trump, they are ignoring the very real scandals involving the Kremlin that actually do threaten America.

Indeed, almost nothing has been reported by the left-wing press about the new congressional report documenting Kremlin efforts to undermine the U.S. energy revolution. Nor has much been said about the Clinton family's connections to the potentially treasonous Uranium One scandal.

As this magazine has documented extensively, though, the Putin regime and its close ally, the mass-murdering Communist Chinese dictatorship, do indeed pose a serious threat to U.S. national security and to liberty worldwide. If the media refuse to do their job and expose the facts, it will be up to grassroots Americans to spread the word. 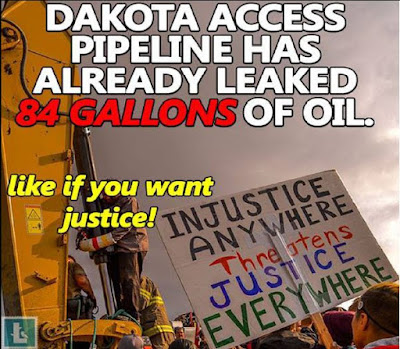